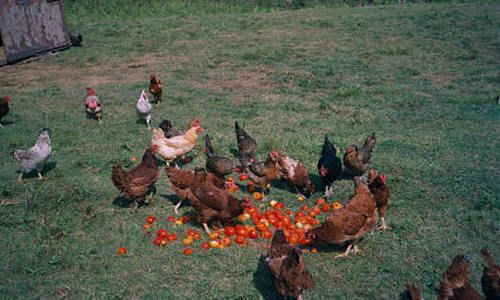 Agriculture Minister Jim Paice today made it clear that British consumers deserve to see only eggs from hens kept in better welfare cages on supermarket shelves once the EU-wide 2012 "battery" cage ban comes in.

Announcing the laying of two regulations on poultry welfare, Mr Paice reinforced the Government’s commitment to high welfare standards in a speech to the Egg and Poultry Industry conference.

Mr Paice said: "The UK industry has worked hard to convert out of battery cages ahead of the European deadline – so it wouldn’t be fair to them to have to compete with eggs from other European countries that haven’t met the deadline.

"I’ve told the Commission we won’t want to see any eggs imported from European countries that haven’t complied with the conventional cage ban after 2012.

A maximum legal stocking density for chickens of 39 kg/m2 will be established through a regulation laid today.

Mr Paice continued: "For the first time there will be a legal maximum stocking density for meat chickens, which will provide a good baseline for our already high standards of poultry welfare – and much of the industry already meets many of the new requirements."

Mr Paice also made clear the Government’s commitment to work towards a complete ban on beak trimming of laying hens, while lifting a ban on routine beak trimming that could inadvertently have led to worse welfare for hens. The regulation laid today will only allow beak trimming using infra-red technology.

Mr Paice said: "I’m absolutely committed to banning beak trimming in the long term. But if we ban beak trimming immediately, it would mean worse welfare for laying hens. That’s why I’ve listened to the advice of the Farm Animal Welfare Council to allow infra-red technology to be used in beak trimming as we work towards a total ban in the future."

The Government will work with the industry and the Beak Trimming Action Group to find alternatives to beak trimming, with a view to banning the practice in 2016.

Both regulations are subject to debate in the House of Commons and House of Lords before they can be made and come into force.