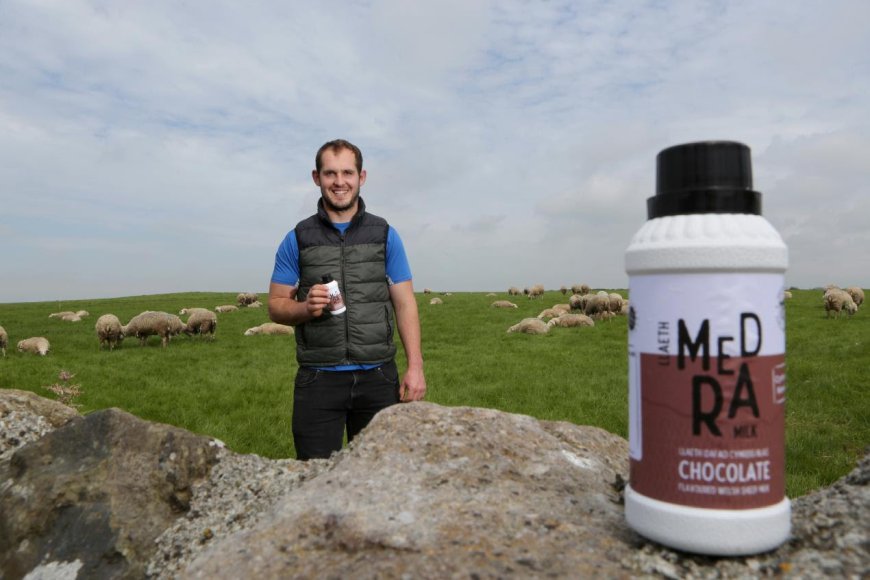 A Welsh sheep farmer says he hopes to capture health-conscious customers with the launch of flavoured ewe's milk drinks.

Huw Jones is among a growing number of Welsh farmers joining the burgeoning dairy sheep sector, and he has just launched his enterprise - Llaeth Medra Milk.

There is a growing global market for sheep milk, especially with people looking into different types of milk alternatives.

Huw is particularly keen to target sports people and the health conscious, as sheep milk is high in vitamins B6 and B12, also iron, zinc and essential amino acids.

"Also, it has a high calcium, protein, and energy content; while the fat globules are smaller than in those of cow’s milk, it can make it easier to digest and suitable for people who cannot tolerate cow’s milk," Huw said.

Farming at Llanerchymedd in Anglesey, he was inspired to take up milking sheep following a Farming Connect exchange programme to France in 2019.

He began by buying 50 Friesland x Lacaune ewe lambs – breeds particularly suited to milk production – and has already more than doubled the flock.

A new milking parlour, imported from Greece, has just been installed and by next year Huw hopes to be milking 200 ewes.

He also supplies milk to a local cheesemaker Cosyn Cymru, but for his own enterprise he has chosen to make flavoured milk drinks which are produced at the Food Technology Centre in Llangefni. 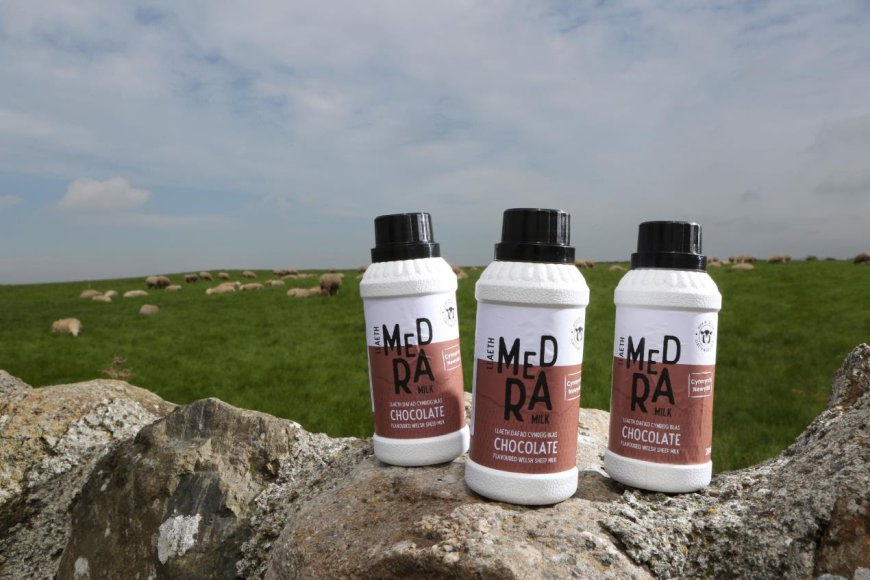 Huw has had help in establishing his flavoured milk venture from Cywain - a Menter a Busnes project that supports the development of growth-orientated businesses in the food and drink sector in Wales.

“Cywain have been great, they’ve helped me with my branding and marketing as well as areas like cash flow, pricing and getting access to new markets," he said.

Llaeth Medra Milk’s drinks are available from a growing number of outlets including Blas ar Fwyd, and he hopes the milk’s creamy texture will attract coffee shops too.

“We started with the chocolate flavour, and we've just released the strawberry version," Huw explained.

"Eventually I hope to move production on to the farm, and I’m working with other sheep milk producers too, so that there will be a year-round supply of milk.”

Globally, the sheep milk market is worth £23bn and is used to make a variety of high-value products from cheese to powdered infant formula milk.

Huw said: “It is an exciting time, sheep milk is a huge market, and I’d like to go and study the systems in New Zealand and Israel where the dairy sheep industry is big.”