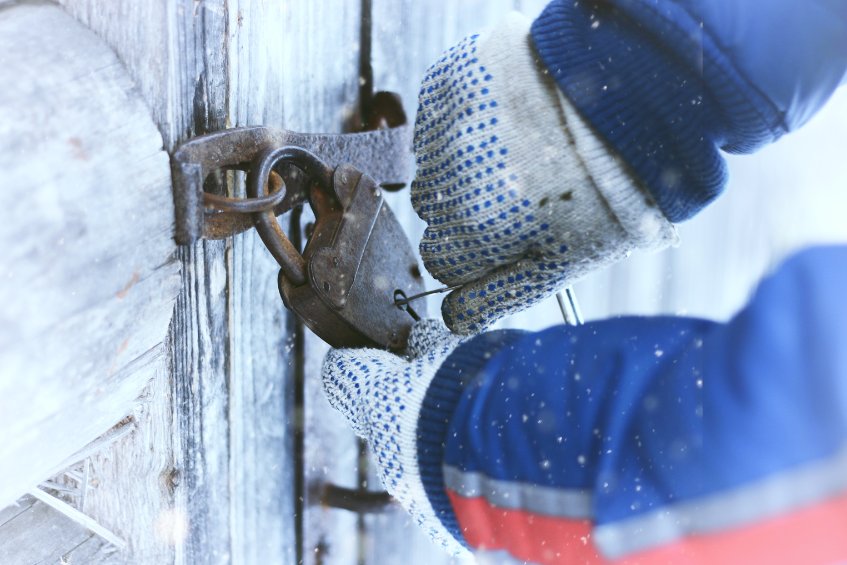 According to the statistics, the most targeted counties in the UK for quad theft last year were Cumbria, followed by Kent, West Yorkshire, Lincolnshire and Leicestershire.

A shortage in new and second-hand farm machinery is fuelling the surge in quad theft from farms.

The initiative is the brainchild of Joe Murray QPM, Chair of the Cumbria Neighbourhood Watch Association (CNWA).

A retired police officer, he had seen NFU Mutual’s Rural Crime Report advice on how communities could work together to beat rural crime.

He came up with the idea of involving young farmers club members to spread the message and worked with Cumbria YFC County Chairman, Robbie Tuer, to bring the scheme to fruition.

Robbie Tuer, Chairman of Cumbria YFC said: “The idea came from Joe Murray, who saw the potential for young farmers clubs to spread the word about rural crime trends and ways of making farms more secure.

“It’s taken lots of enthusiasm from Joe and Amanda Mulholland from the Police Crime Prevention Academy together with NFU Mutual’s support to get the scheme off the ground.

“We’re trialling the initiative in Cumbria over coming months - and nationally the NFYFC is looking to see how it goes and if it could be rolled out nationally as part of a Curve training module."

He added that rural crime was a serious problem in Cumbria and as fuel prices rise, it’s likely to get worse.

"Farmers I know are so worried about intruders that they’re getting up at night to check their buildings – and even draining fuel from machinery at night to prevent it from being stolen.

“Farmers like to talk to fellow farmers – both old and young – so we think a scheme where farmers look over each other’s set ups to spot risks and suggest security solutions will go down well.”

Bob Henderson, of NFU Mutual added: “Rural crime is expensive and a major worry for Cumbria farmers, so we’re very pleased to be part of this scheme.”

“As the UK’s leading rural insurer, we know that when police, farmers and local rural communities work together closely, it can really make it difficult for thieves to operate in the countryside.”