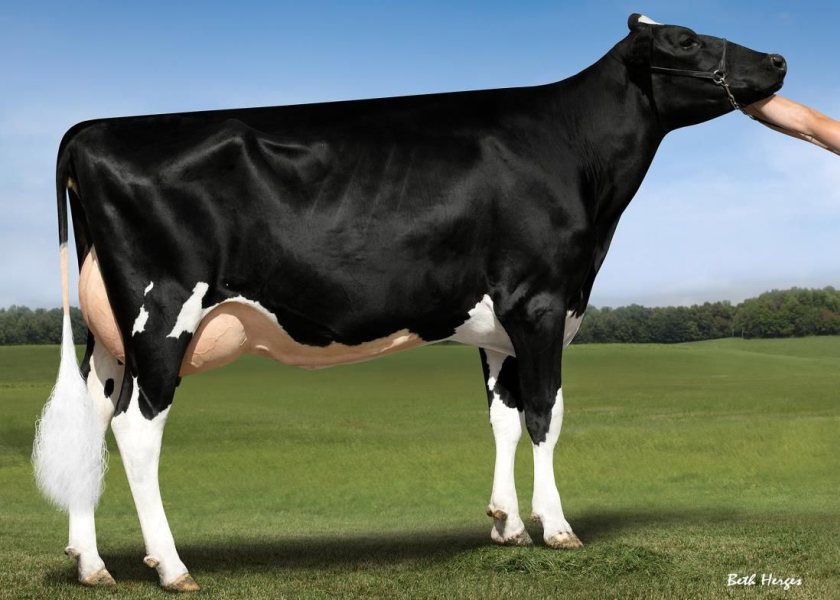 Brand new Holstein sire choices, UK-bred bulls and the continuity of a long-term leader are all features of the young genomic sire ranking published by AHDB Dairy.

Ranked on Profitable Lifetime Index (£PLI), it is Genosource Captain who leads the way, just as he has done for every one of the previous three runs of genetic evaluations.

In so doing, this bull provides a resounding endorsement of the genomic testing system, in particular through his sire, Hurtgenlea Richard Charl, who graduates on to the proven sire list as the new number one bull with milking daughters.

He also scores -3 on the newly introduced Gestation Length Index (GL), indicating his calves will, on average, have a shorter gestation than the national average by three days.

The number two genomic sire also remains unchanged in the form of Peak AltaPlinko, a high protein bull (44.6kg and +0.09%), also transmitting shorter than average GL. His PLI is £923.

He is joined by his stablemate, Peak AltaZazzle (PLI £905), with the same sire and maternal grandsire combination (Marius x AltaTopshot).

New in fourth position since the December 2020 release is Progenesis Mahomes (Eldorado x Milktime), with a PLI of £892.

Good udder health indexes including -21 SCC, together with solid Lifespan (+159 days more than average) and daughter Fertility Index (10.2) yield him the joint highest HealthyCow score in the top 20, at £283.

This rolls all daughter health traits into one figure. (See ‘new index’ press release.) He also has the highest Type Merit in the top 20 at 2.04.

With one of the breed’s highest HealthyCow scores (£274), this bull has outstanding credentials for the important health traits, such as Lifespan (+189 days), Fertility Index (12.1) Fertility, SCC (-19 SCC) and Lameness Advantage (1.5).

The high milk volume Siemers Brave maintains a top 10 position with a PLI of £873 while eighth ranking Bomaz Platt is another new entrant.

At PLI £864 is ninth ranking Gen Pikachu, another son of Charl, and the highest milk volume bull in the ranking, at 1301kg.

Rounding off the top 10 is the first of a wave of Denovo bulls in the shape of Denovo 15848 Kenmore.

Kenmore’s stablemates feature in 11th to 13th position, the newcomer amongst them being Denovo 3426 Avery, the highest fat transmitter in the top 20 with massive PTA of 61.7kg. His PLI is £856.

Marco Winters, head of animal genetics for AHDB Dairy said: “The genomic sire ranking has a profound impact on the genetics of the UK cow population, with over 70% of Holstein semen used now originating from this source.

"This month’s ranking – featuring a balance of continuity and new entrants – should further build producers’ confidence in using the best young sires.

“Many of these bulls offer the outstanding health traits the industry and society demand – a point which is highlighted by the new HealthyCow Index, which pinpoints bulls which can help producers achieve high standards of health and welfare in their herds.”