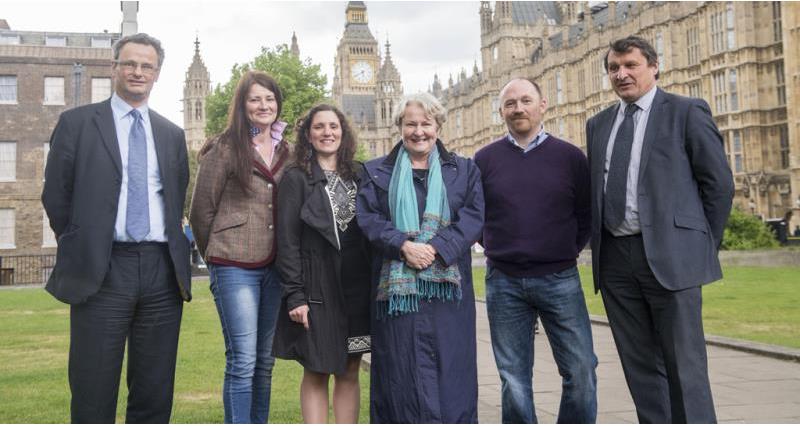 The National Farmers' Union has held an event in Westminster to stress the importance of upland farming to MPs.

The NFU Uplands Forum had the chance to impress upon MPs the important role that farming in the uplands plays for Britain’s landscapes during an event held by the NFU in the Houses of Parliament last night.

The event saw the screening of Addicted to Sheep to an audience of MPs, with insights of upland farming both from NFU Uplands Forum Chairman Robin Milton and film producer Magali Pettier.

After the event, NFU Uplands Forum Chairman Robin Milton said that the UK's upland areas are a "living and working landscape which has immense social, cultural and environmental value."

He said: “Discussing this with MPs last night was a good opportunity for the NFU on behalf of its uplands members.

“It’s incredibly important that the role of upland farming in the creation and maintenance of unique and iconic upland landscapes is recognised by policy-makers. We were able to make this crystal clear to MPs.

“I was able to stress how the uplands should be seen by Government as the natural capital assets they are and how appropriate policies will facilitate a sound economic future for them. ”

Mr Milton said that with a collaborative approach involving policy-makers, the UK will be able to enhance the uplands’ contribution to public benefits as well as securing the ability to produce the "highest quality food from the finest landscapes."

In January this year, eighty people, including hill farmers and conservationists, gathered under the banner of the 'Uplands Alliance' to talk passionately about England's 'high value' upland areas.

The Alliance considered how to persuade the public and the Government to support continued and enhanced delivery of upland benefits in future Government policy and public funding.