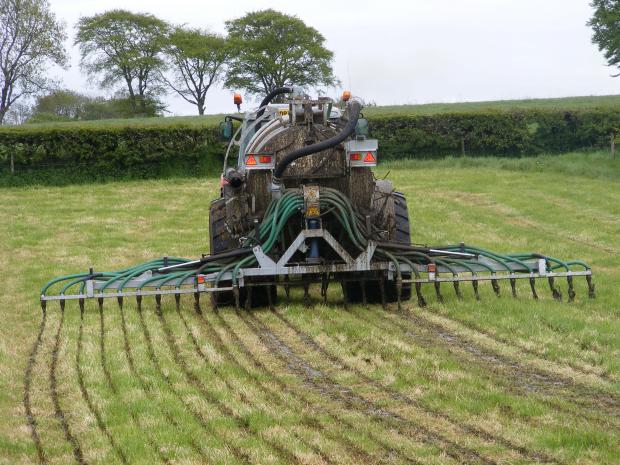 NFU Cymru has highlighted concerns over parts of the Welsh government’s Clean Air Plan due to fears it takes an 'old-fashioned, bureaucratic approach'.

It aims to improve air quality and reduce the impacts of air pollution on human health, biodiversity, the natural environment and the economy.

The plan includes a focus on strengthening the control of emissions in the agricultural sector, identifying that 85% of ammonia emissions are derived from farming.

This is to be achieved through a focus on advice and actions supported through the future Sustainable Farming Scheme and regulation.

Welsh government states it will introduce new law to tackle agricultural pollution, and also proposes to introduce National Minimum Standards based on the verifiable standards in Cross Compliance.

However, he said the pursuit of regulatory solutions as the default position of Welsh government would be concerning for farmers.

"The Clean Air Plan states it is Welsh government’s intention to introduce new law to tackle agricultural pollution, this does not align to the minister’s statement on this issue," he said.

"The minister has previously stated she will not make a decision on the introduction of measures to tackle agricultural pollution until after the coronavirus pandemic.

"It is also misleading to suggest that these regulations will replace NVZs when, in fact, the draft regulations published in April clearly apply the Nitrates Directive to the whole of Wales.

"Farmers will be angered that this old-fashioned, bureaucratic approach to addressing nitrates from agriculture is now being rehashed to address a broader range of issues when that was never its intention."

Mr Jones added that farmers would also be concerned over the proposal to incorporate the Cross Compliance Verifiable Standards into National Minimum Standards.

He said there was no consideration of whether the farming sector could absorb the costs if the Basic Payment Scheme is phased out.

The plan also includes a focus on woodlands to improve air quality and refers to the targets of 2,000 hectare per year rising to 4,000 as soon as possible, as well as the National Forest Programme.

NFU Cymru raised concerns over any large scale afforestation as there was still 'significant ambiguity' about what shape the National Forest would take.

Mr Jones said: "We are clear farmers are very much part of the climate change solution and enhancing levels of carbon sequestration on Welsh farms is one of three strands to the NFU Cymru Net Zero Ambition.

"With appropriate support, farmers across Wales would be keen to plant more trees on their farms. Integrated into farming systems, tree planting has the potential to deliver multiple benefits including air quality.”