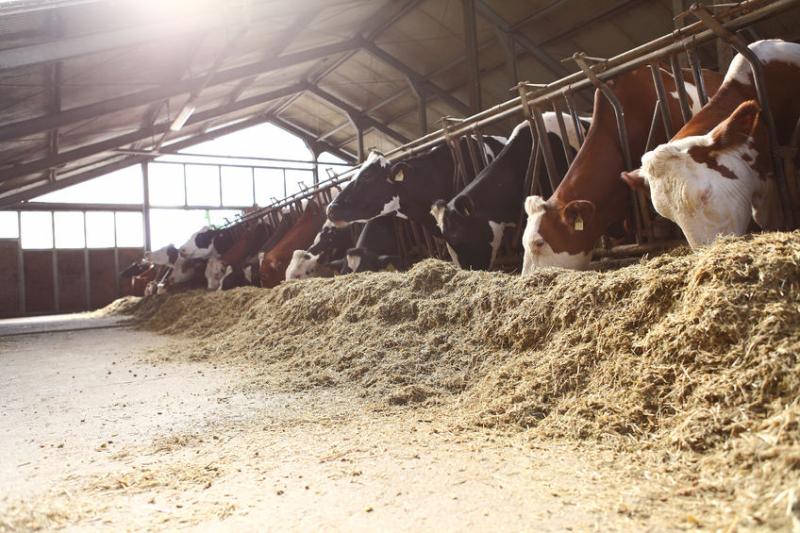 The NFU is relaunching its Fodder Bank after wet weather has seen farmers in many parts of the country experience extreme shortages.

The bank will help farmers find animal feed for their farms or sell any surplus to assist others.

The persistent wet weather the UK has experienced throughout winter and into spring has seen farmers across the UK experience shortages of feed availability for livestock, resulting in additional costs.

The late spring has seen livestock and dairy producers unable to turn out stock due to a lack of grass growth and available forage, leading to the increased need for supplementary feed and additional costs.

Arable farmers have also experienced delays in spring cultivations and drilling where the ground is too wet to travel.

NFU President Minette Batters said it is a "particularly difficult time" for many farmers.

“It is vital that government lends its support to ensure farmers are able to continue managing their businesses effectively, which means producing the food that feeds the nation,” Ms Batters said.

“I am hearing from farmers who say that the sustained wet weather has meant very few have been able to turn out their livestock and this has led to increasing difficulty sourcing available forage.

The NFU President added: “In addition to the NFU relaunching its Fodder Bank to help its members, we will also be discussing impacts of the wet weather and any support needed with industry and government.”

Ms Batters said that because of farming's important contribution to the UK economy the government must support farmers during this difficult time.

The relaunching of the bank for UK farmers follows news of diminishing fodder supplies in the Republic of Ireland.

The situation has led the Irish Government to introduce a fodder transport subsidy scheme in January, with payments of between €3 and €17 per bale transported, depending on size.

The 2013 Irish fodder crisis saw the importation of some 10,000 tonnes of fodder into Ireland, mainly from the UK.

But farmers in the UK fear the removal of fodder from the domestic market through the Irish schemes would add to existing pressures on the UK market.

Meanwhile, the Ulster Farmers' Union President Barclay Bell said soil has been at "saturation point" and as a result there were "real difficulties" in doing field work.