NFU on the hunt for new young farmer ambassadors 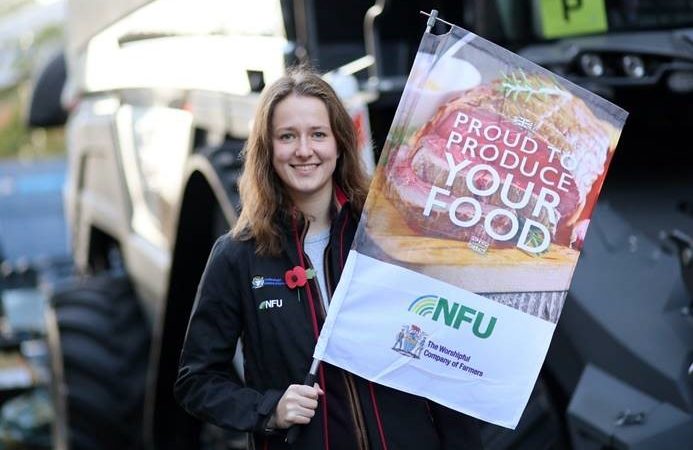 The NFU is on the hunt for young people passionate about agriculture to become an ambassador to represent farming and the union at future events.

18–26-year-olds in England and Wales are being encouraged to apply to the Student and Young Farmer Ambassador Programme, now in its third year.

As an ambassador, the successful candidate will represent farming at events such as the Lord Mayor’s Show and the NFU’s annual conference.

They will also gain the opportunity to network and experience new aspects of agriculture, from the supply chain to politics.

New to the scheme is the inclusivity pledge. Applicants who feel their community has been underrepresented in agriculture, whether that is race, disability, sexual orientation or gender identity, are urged to apply.

NFU president Minette Batters said the union wanted to hear from anyone who felt passionately about agriculture and who wanted to champion the future of faming.

"The Student and Young Farmer Ambassadors are some of the most integral people to the NFU, helping to tell the fantastic story of British farming," she said.

“That is why this year we have introduced the Inclusivity Pledge this year to ensure the ambassador scheme is the most representative and diverse it can possibly be."

Katie Smith, a 2020/21 ambassador from the West Midlands, said the programme was a 'fabulous opportunity' for young people interested in the future of agriculture.

"As someone who is keen to get involved in the industry but doesn’t come from a farming background, it has given me many opportunities to speak to industry experts, receive invaluable training and give my opinions on projects.”

Applications to the programme opened on Monday (6 September), and are open to 18–26-year-olds who are NFU Student & Young Farmer members.