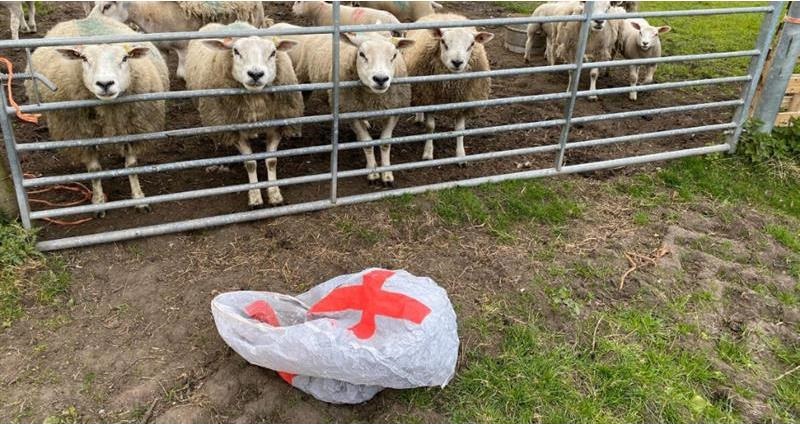 The NFU has reminded the public about the serious risk of fire and danger to animals caused by sky lanterns.

The union has campaigned against their use over the years, as farmers continue to highlight the dangers to livestock.

Not only this, but the products, which increase in popularity around Halloween and Bon Fire, bring an added risk of fire damage to farms and the wider countryside.

Sky lanterns are constructed from paper with a wire or wooden frame and contain a lighted candle.

They have been known to set fire to sheds, causing serious damage and loss to the farm business.

And with added anxiety due to the pandemic and the end of the Brexit transition period, any incident could cause significant financial hardship for farmers.

Have you considered what can happen when a sky lantern lands?
See if your council has banned sky lanterns and use our quick and simple tool to email them if they haven't ??https://t.co/60JTL7rjpH#BackBritishFarming by not lighting sky lanterns this Halloween & Bonfire Night? pic.twitter.com/X6eY40nWIJ

The NFU tweeted on Sunday 25 October: “Have you considered what can happen when a sky lantern lands?

“#BackBritishFarming by not lighting sky lanterns this Halloween & Bonfire Night.”

But more evidence is required from farmers and growers to help the NFU campaign for a nationwide ban on the items.

Thousands of people have taken action and encouraged their local council to ban the release of lanterns on council-owned land using the union's campaigning tool.

The NFU said: "After the success we have had lobbying councils to implement bans, we are now looking to gather further evidence on the impact of sky lanterns to be able to take next steps.

"As a result of recent campaign work from the NFU, a number of councils across England are now adopting bans on sky lanterns on council-owned land."