NFU sets out three-phase approach to move away from CAP 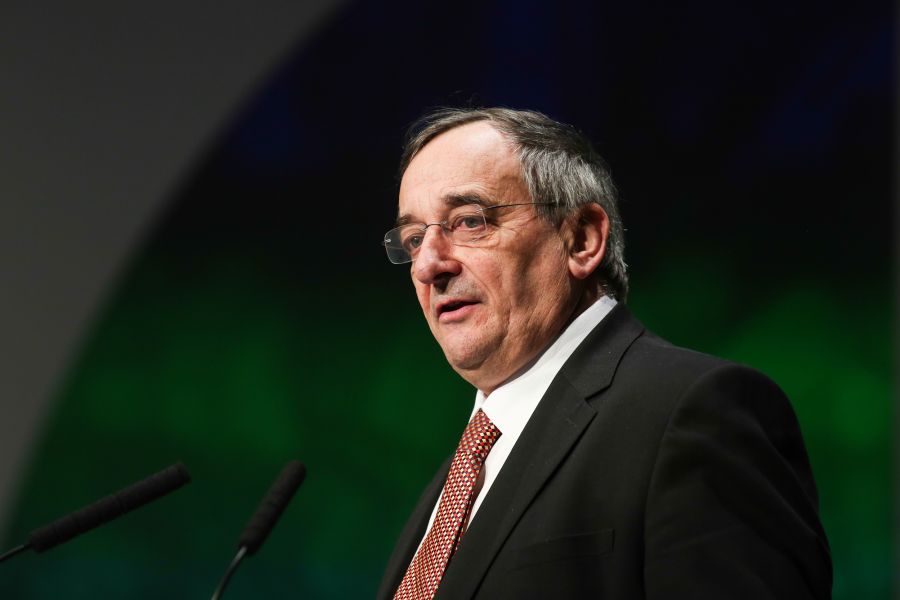 The National Farmers' Union (NFU) has today set out a three-phase approach to move from the current system of farm support under the CAP to a new domestic agricultural policy.

With Brexit just 18 months away, a key question British farming needs answered by Government is how the transition from the current system will take place.

The NFU has today (2 October) urged the Government to set out plans early to provide confidence to the uncertainty surrounding the farming industry.

The NFU's approach and indicative timeline is centred around three phases.

The farming union said phase one should deliver "stability and continuity". According to the NFU, an initial two-year phase where the existing CAP measures would be largely preserved, but adjusted where opportunities for minor improvements present themselves, would commence.

The NFU said the second phase presents the opportunity for review and assessment work to be carried out, while the CAP legacy schemes would continue for farmers.

Crucially, at this stage, the farming union said it should be possible to assess the wider political environment and trading conditions farmers will face in the future following Brexit.

The NFU has also called on the government to undertake a detailed analysis during this phase of the Brexit settlement and its impact on farming, as well as assessing the results of pilots and trials introduced in earlier years.

Phase three would see the switch to what the NFU calls a "bold and ambitious" domestic agricultural policy. The precise timing of this would depend on the results of the government’s impact assessment and a clear understanding of the impact of policy changes on British farming, according to the NFU.

NFU President Meurig Raymond said forming a future domestic agricultural policy presents a "huge opportunity" for Government to set out a framework for support that promotes "profitability, productivity and progressiveness" on British farms.

“But at the forefront of many farmers’ minds is the shift from an EU policy to domestic one and what this will mean for their businesses. And this is why a well-thought-out transition – as set out in the NFU’s three-stage process - is vital to ensuring as much certainty and stability as possible,” Mr Raymond explained.

“Different political decisions and their implementation will have differing impacts on farming’s readiness to move away from the current CAP.

“In reality, with a Brexit settlement that promotes a positive future for British farming, the first two phases could be completed in four years with a new system implemented as early as 2023.

“But a disruptive Brexit that damages the prospects of British farming would mean maintaining the stability of the current system for a much longer period.”

'Appetite for a new way'

Mr Raymond said the farming industry's appetite to move to a new way of doing things that promotes greater productivity, protects the environment and guards against volatility in the sector, is needed.

He continued: “However, past experience has shown that CAP reform decisions have often been implemented in a rush or in the absence of policy certainty, and have created significant delivery problems and delays to payments for farmers.

“Whilst it might appear attractive to make fundamental changes to the CAP schemes on day one of Brexit, the NFU feels there is a balance to be struck between ensuring regulatory stability and effective delivery of a new policy on the one hand and the ambition for tangible change in our agricultural support regime in the short to medium term post-Brexit.

“I am very pleased that our vision chimes with the Prime Minister’s recent commitment to a transitional period after the UK leaves the EU, which we hope has prepared the ground for both sides to make progress in Brexit negotiations.”

Last month, the Prime Minister promised proposals for a two-year transition period after Britain leaves the EU in March 2019.

In her landmark speech in Florence, Theresa May said she wants existing EU market access arrangements to apply during that period and promised Britain would pay its "fair share" into the EU budget.

May also said she wanted a “creative” approach to forming a new UK-EU trade relationship, and that neither Canada nor Norway were attractive models.

Rural organisation the CLA is one of those who welcomed Mrs May's speech, and called for their own vision of future farm support, the Land Management Contract, to be noticed by the Government.

This system looks at redeploying the public's money in a way that rewards farmers for managing land for the "benefit of society".