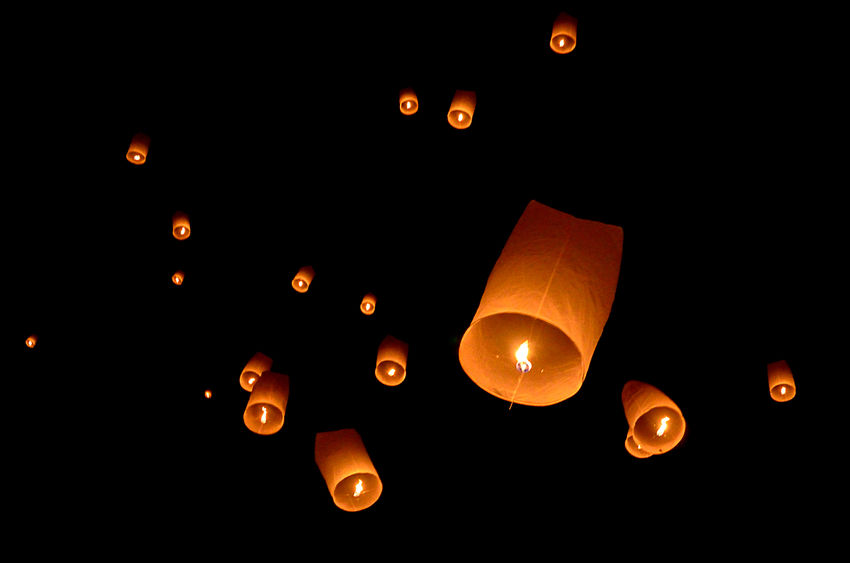 The NFU is urging the public not to release sky lanterns on New Year's Eve because of the dangers they pose to livestock, farm buildings and the environment.

The union's campaign has so far resulted in 175 councils across England and Wales banning the release of sky lanterns on council property.

It has already received support both from the general public and organisations such as the National Fire Chiefs Council.

However, there are over 180 councils who are yet to ban them.

The NFU is asking the public to join the thousands of people who have already written to their local authorities urging a ban.

Sky lanterns can have devastating impacts on farmers' livelihoods'. A recent fire in the West Midlands, caused by a lantern, saw 39 fire appliances and more than 200 firefighters in attendance, tackling the blaze over several days.

“To put it bluntly, any sky lantern sent up to celebrate the New Year could ruin a farmer’s 2021 before it has barely begun," NFU Deputy President Stuart Roberts said.

"The NFU has heard from many farmers about the devastating impact sky lanterns can have, from causing distressing injuries to livestock who may ingest the debris, to loss of entire buildings."

He explained that the NFU would like to see a total ban of sky lanterns across England and Wales to safeguard property and animals.

"I would encourage the remaining local authorities to follow the good examples set by others across the country to avoid heightened and unnecessary strain to our already stretched emergency services," Mr Roberts said.

Paul Hedley, the National Fire Chiefs Council lead for wildfires, said the body 'does not advocate the use of sky lanterns under any circumstances, at any time'.

"They pose a huge fire hazard, impact on agriculture, thatched properties and hazardous material sites, and risk the lives of animals," he added.

"A fire caused by a sky lantern can be a complex and large scale incident and have huge implications on fire services.

"All emergency services are currently under unprecedented pressure due to Covid-19, and sky lanterns could put additional pressure on the fire service, and further strain on the NHS.”