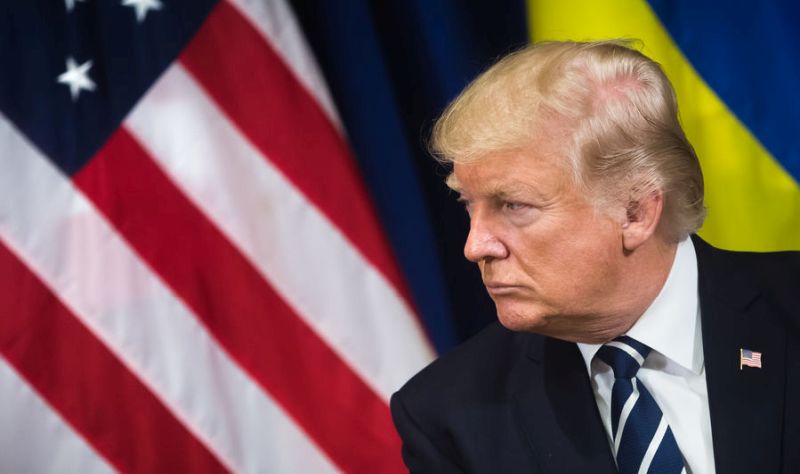 The NFU has urged the government not to 'betray' British farming in future trade deals as US President Donald Trump begins his state visit to the UK.

Mr Trump, speaking a few days prior to his visit on Monday 3 June, has vowed to 'go all out' to secure a free trade deal between the UK and the United States.

But British farmers have consistently warned that standards must not be sacrificed in any future trade deal with the world's largest economy.

It comes as the United States government published its “negotiating objectives” for a future trade deal with the UK earlier this year.

It included “comprehensive access” for agri goods and a demand to pull down “unwarranted barriers”, such as rules which regulate the UK food and farming industry.

The demands, which runs to 18 pages, fuelled concern within the industry which fears a lowering of food and farming standards once the UK leaves the EU.

Meanwhile, the US ambassador to the UK, Woody Johnson said, Britain must leave the EU's ' Museum of Agriculture' and dismiss 'misleading scare-stories' about American agriculture.

But as Mr Trump begins his state visit, NFU President Minette Batters questioned whether the British public would accept chlorinated chicken masking lower welfare standards on farm or hormone-fed beef flooding supermarket shelves in exchange for a US trade deal.

Mrs Batters said British farming puts a level of 'trust and pride' in consumers when they buy food off the shelves.

In the US, for example, there are few welfare laws for laying hens, with no federal laws on housing, which are in stark contrast to the UK’s rules on laying hen welfare.

And the use of antibiotics per animal in farming is on average 5 times higher than in the UK.

Mrs Batters added: “US farmers can out compete British farmers on price by using products and methods banned in the UK as early as the 1980s.

“That’s not a criticism of US farmers but a statement of fact about the different legal requirements facing farmers in the UK.

“British farmers are quite reasonably expected to meet the values of the British public when it comes to how our food is produced – those values must not be sacrificed in pursuit of hurried trade deals,” she said.

Mrs Batters added that the government would 'betray' British farmers if it went ahead with pursuing a trade deal that facilitates products entering the country produced to banned methods.