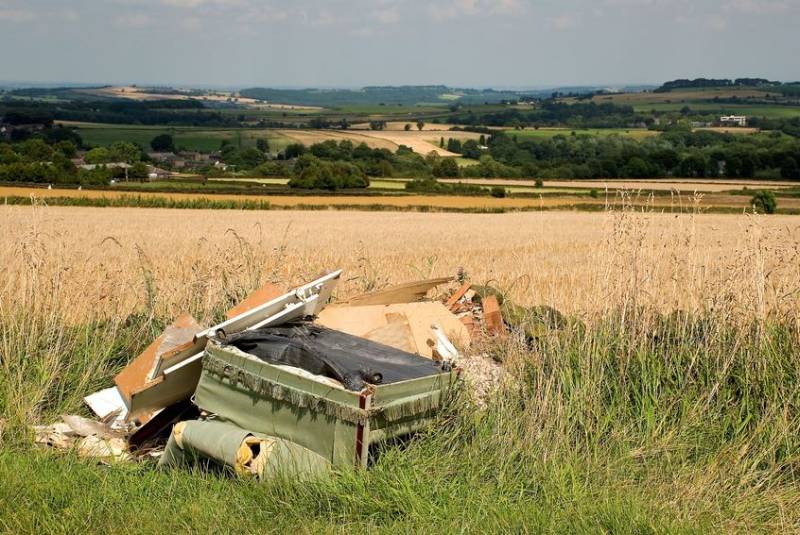 The situation is 'spiralling out of control' for farmers and landowners

The NFU has welcomed government plans to launch a waste crime unit as latest statistics show the 'nightmare' scale of the crime for farmers.

The latest fly-tipping statistics for the year 2018/19 show that local authorities in England dealt with just over one million incidents.

The crime is also dangerous to human health, harmful to wildlife and livestock, and, in some cases, it can pollute watercourses and contaminate land.

NFU vice president Stuart Roberts said the new figures highlight that the situation is 'spiralling out of control'.

He said it now affects two thirds of all farmers with potentially a large number of unrecorded incidents taking place on private land.

“It’s a nightmare for our members being bombarded with rubbish that’s illegally dumped.

“Many do all they can to prevent fly-tippers, such as installing gates, barriers, warning signs, security cameras and lighting.”

Mr Roberts said, however, that in many cases deterrents do not work: “In some cases, farmers experience intimidation, violence and threats on their doorstep from criminal gangs.”

The union is calling for tougher penalties for those who commit fly tipping. It says 95% of fines for the crime are lower than the cost of hiring a skip.

“What we need are punitive, exemplary fines to ensure the people who are fly-tipping don’t see fines as an irrelevance,” the vice president said.

The Environment Agency will set up the Joint Unit on Waste Crime next month, involving police and HMRC.

But the NFU says it is 'imperative' that farmers and landowners are involved at every stage as they are the ones at the sharp end.

“By working together, we can tackle this continual blight on our countryside and allow farmers to concentrate on what they do best, producing safe, traceable and affordable food for us to enjoy,” Mr Roberts said.