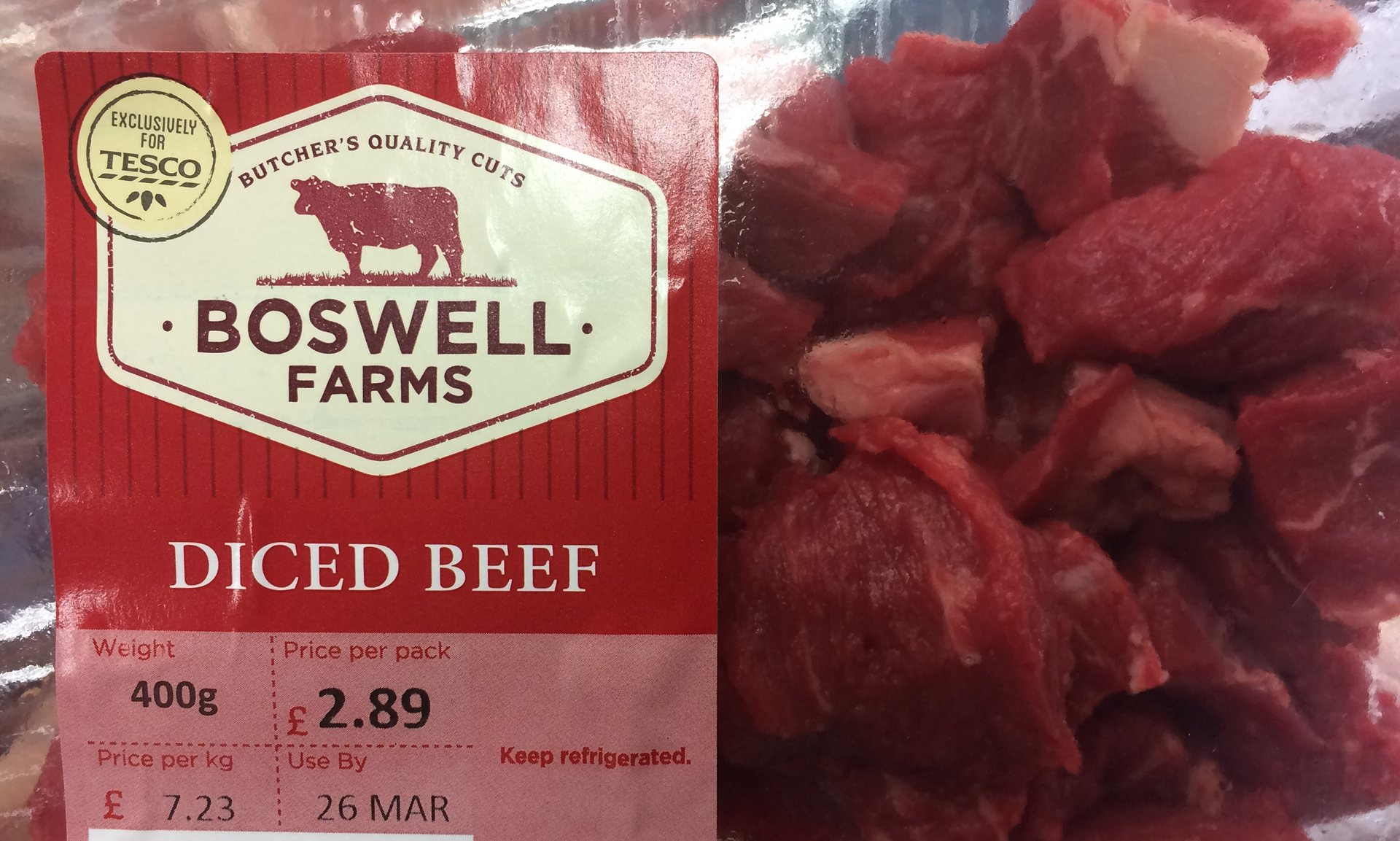 Boswell Farm and Woodside Farm might sound like the perfect place to source your meat from. The problem is, they don’t exist

The NFU has written to formally complain to the Chartered Trading Standards Institute over the use of ‘fake’ farm branding by retailers on some food products.

This follows concerns expressed by NFU members that the use of ‘fake’ farm labels can be misleading for shoppers resulting in them being at risk of mistakenly buying a product that differs from the product they thought they were buying.

The most recent and high profile example is Tesco’s introduction of brand names such as ‘Woodside Farms’ and ‘Boswell Farms’.

Meanwhile, at least three in five respondents to a YouGov survey commissioned by the NFU, who said these farm products in their view were ‘definitely’ or ‘probably’ British, would feel misled if this was not the case and were told that the product could be from another country.

NFU President Meurig Raymond said: "The NFU’s legal team has looked at this carefully and as a result we are asking Trading Standards Institute to look at whether ‘fake’ farm branding complies with the relevant legal requirements.

"I have spoken to senior management at Tesco to highlight our members concerns about the use of these fake farm brands.

"I urge all retailers to consider seriously the results of our survey which show that mixing imported product with British product under the same fictional farm name can be misleading to many of their customers.

"I am pleased that Aldi has now made a commitment to only source British product in their fictional farm brands by the end of March 2017.

"British farming is proud of its high standards and the NFU would be delighted to work with retailers to ensure that customers are given clear and unambiguous information about where their food comes from."

NFU Cymru President Stephen James, speaking at the start of this year’s Royal Welsh Show, said: "These fake farm brands are completely unacceptable and we believe are misleading consumers.

"This practice has been going on across the retail sector for a long time and enough is enough.

"In particular, NFU members feel the brands confuse shoppers about the country of origin of the food products in question.

"That’s why we have now written to Trading Standards to argue our point and to ask for clear guidelines for retailers on the clarity of country of origin labelling."

All figures, unless otherwise stated, are from YouGov Plc. Total sample size was 1,796 adults.

Fieldwork was undertaken between June 8/9 2016. The survey was carried out online. The figures have been weighted and are representative of all GB adults (aged 18+).

The respondents were asked various questions about food information and labelling, and were shown various food products sold under a ‘fake’ farm brand.

• Of the respondents who said that the ‘fake’ farm products in their view were ‘definitely’ or ‘probably’ British, at least three in five said they would feel misled if this was not the case and the products were not in fact British.

• Around one in five respondents were unclear as to whether the ‘fake’ farm brands were real farms.

• Three in ten respondents were ‘unsure’ about the provenance of products with a ‘fake’ farm brand.