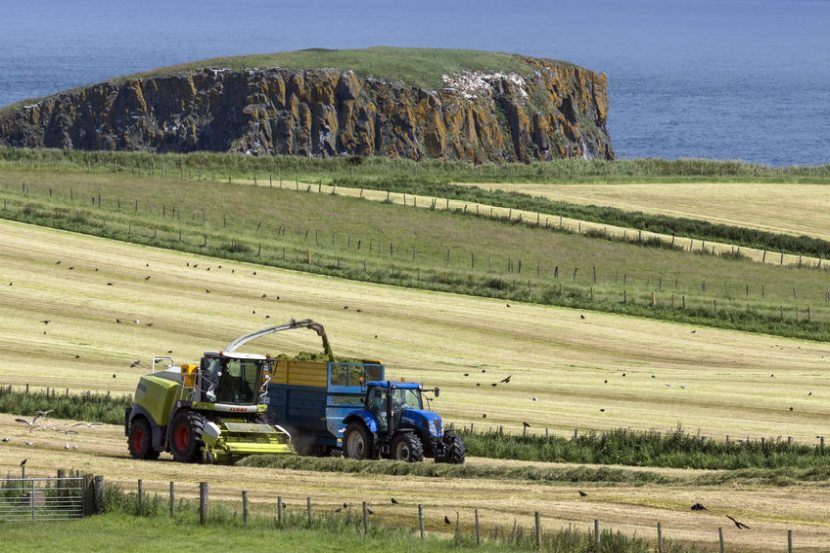 Farmers in Northern Ireland have been left struggling with aspects of their businesses because of trade disruption caused by the NI Protocol, a union has warned.

The Ulster Farmers Union (UFU) said various issues 'continued to cause chaos' with the most recent being the official certification of arable seed for planting this spring.

Other issues include residency periods for livestock that have travelled to GB to be shown or for sale before re-entry into NI, livestock identification changes and certification requirements for freedom from soil or other potential contaminants for machinery.

The UFU added that NI agri-food processors had also experienced extra costs since the NI Protocol came into effect on 1 January 2021.

The Protocol is in place to prevent a hard border between Northern Ireland and the Republic of Ireland.

Northern Ireland remains in the European Union's single market for goods, but this has created a new trade border between NI and GB.

The UFU said farmers had been 'left high and dry' since the Protocol's implementation as trade was now 'disrupted'.

The union's president Victor Chestnutt said: "To say farmers are frustrated is an understatement, they are struggling and losing patience.

"It has caused constant chaos in various trade areas that are a key part of many farm businesses across NI and yet very little has been done to address the issues.

"The NI Protocol has put the clampers on farm activities that they have been doing for generations.”

The UFU have been engaging in meetings with the UK/EU Joint Committee and the EU’s Special Advisor on the UK/EU Trade and Cooperation Agreement.

Union office bearers have also been in involved in technical meetings with UK government officials on specific issues as they arise.

However, many issues 'remain unresolved': "We are being overlooked with everyone believing that all of NI’s problems have been sorted," Mr Chesnutt said.

"Now is the time when sheep need to be moved from Scotland to NI and seeds needs to be brought from GB to NI for spring sowing of cereals.

"Seasons do not wait for bureaucracy. Action needs to be taken now,” he added.