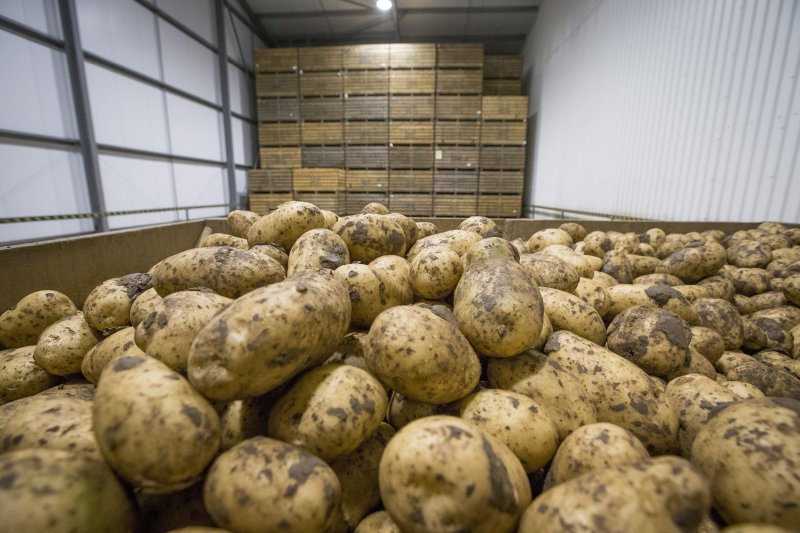 NI potato growers whose incomes have been directly impacted by the pandemic will receive financial aid, the government has announced.

The Covid-19 support package will contribute towards the verifiable losses incurred by farmers and growers during periods of lockdown.

The financial aid will help to address the cash flow difficulties and financial impact of losing valuable markets.

The potato sector has been impacted by a reduction in demand from hospitality in the past seven months due to lockdown measures.

Further details of the scheme will be announced later this month, the Department of Agriculture, Environment and Rural Affairs (DAERA) said in an online update.

Over 11,500 farmers in Northern Ireland have already benefited from £23.5m made available by DAERA as a contribution to offset the losses incurred by the pandemic.

Agriculture Minister Edwin Poots met recently with potato farmers to hear about the impact a prolonged period of lockdown has had on their businesses.

"The market for processing potatoes has been negatively impacted since October," Mr Poots explained.

"The only option for many growers at this stage in the season is to sell their potatoes for livestock feed at significantly reduced prices."

He explained that further work is still required to finalise scheme details including eligibility criteria, scheme rules and amount of support available.

"Anyone selling potatoes for stock feed in the interim is strongly advised to retain evidence of sales to meet anticipated scheme requirements," Mr Poots added.

The Ulster Farmers' Union (UFU) has lobbied to gain support for growers who were impacted following the collapse of the processing potato market.

The union said the new announcement would be 'well received' by potato growers whose incomes had been directly impacted by the pandemic.

Deputy president William Irvine said: “Our potato growers have had to sell their potatoes for livestock feed at significantly reduced prices.

"I urge members who are selling potatoes for stock feed to retain evidence of sales to meet the anticipated scheme requirements.”

Further details of the support scheme will be announced this month.