No boundaries: Livestock farming without fencing 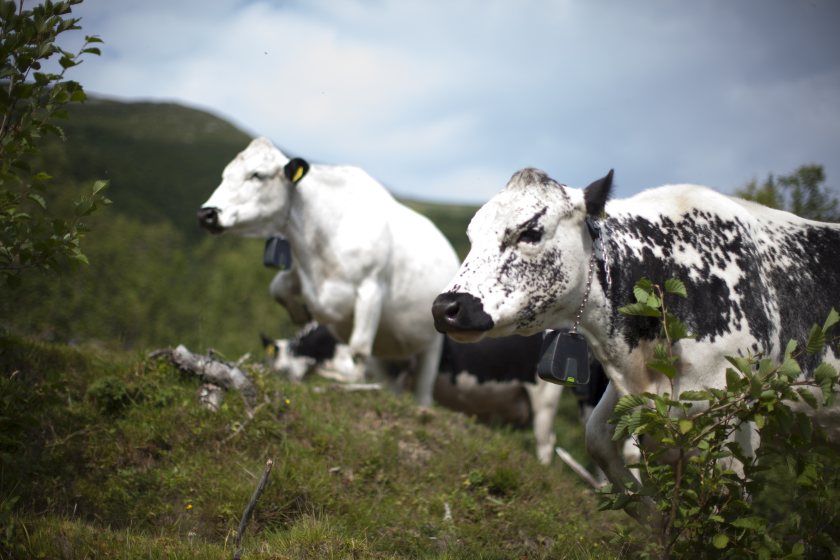 Norwegian start-up Nofence has transformed the way livestock farmers work by using technology which allows animals to graze without the need for traditional fencing.

Norway is home to the world’s first virtual fencing, produced using GPS and cellular communication to help farmers graze on pasture without the need for traditional penning or electrical fencing.

The technology allows farmers to change the boundaries of grazing zones throughout the day and avoid over-grazing.

The new system could prove more cost-effective in terms of labour and moving fences, resources, and allows grazing in a wider area.

Synne Foss Budal, who is in charge of the roll out in the UK, said: "In Norway we are getting to the point where we are as well used as electrical fencing, everyone knows who Nofence are. We have about 17,000 collars in the market’.

"The Norwegian topology has a lot of area without many people and the majority of the land is unincorporated, we want to put animals on that to graze as they are really the only ones who can utilise it to its full potential.

"For a lot of Norwegian farmers the option is use Nofence, or do not graze at all because the areas are vast and hard to fence," she said.

To operate the system, farmers use a mobile app set out specific virtual boundaries, as well as exclude areas that may be occupied by dangerous obstacles.

The animals wear patented Nofence collars that use GPS to individually locate each animal within the herd.

Collars are currently available for cattle, sheep, and goats, and are charged using inbuilt solar panels.

The collars generate a sound that gradually increases up to a defined tone when the animal crosses out of the grazing area.

If the animal continues towards the boundary an electric pulse is emitted that persuades it to turn back.

Over a short period of time the animals learn to act on the sounds they hear. Instead of using their eyes to see a physical fence, they are using their ears to hear it.

There is a fixed price to buy the collars and then users pay a subscription to use the system because it roams on the 2G network. 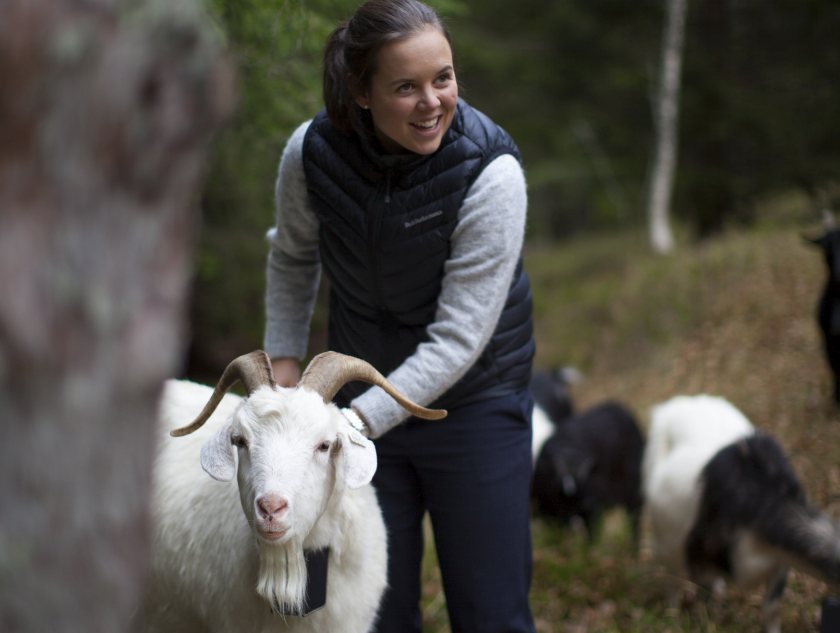 Prices very much depend on herd size and the length of the grazing season. For a hundred head of cattle, the collars cost around £28.00 a year.

Success in the UK?

With widespread success in Norway, Nofence is finding its way in the UK. According to Synne, this technology is not just something for those who farm large areas, but everyone.

She said: "We have 25 customers in the UK from up in Scotland all the way down to the South West.

"At the moment it is only conservation grazing that is using the system in the UK, but we are hoping to become more farming specific."

Commercial sale of Nofence in the UK will begin next year, and Synne said that the expansion into UK farming is the next big step.

"Legally it was very easy to introduce our system into UK conservation organisations because they had already been using a system that involved a wire in the ground.

"We are currently working with the appropriate organisations to have this approved for other livestock.

"In terms of Defra, they tend not to have an approval system but just make things illegal if they are not good for animal welfare."

Synne is keen to stress that there are no animal welfare issues with Nofence: "We have put a large amount of research into ensuring the animal is able to turn around on an audio cue and have data that shows they do turn around and know exactly when to turn."

The strength of the pulse from a Nofence collar is only 1-2% of the shock given from a standard electrical fence.

"Everyone is familiar with electrical fencing and so they are okay with that, but when something new comes along people naturally ask questions about animal welfare," she added.

Synne believes that the UK’s withdrawal from the EU will make Nofence particularly attractive to UK farmers.

She explains that "with the UK changing its agricultural policy, and particularly England moving into the ELM scheme, there will be a far greater focus on the environment. 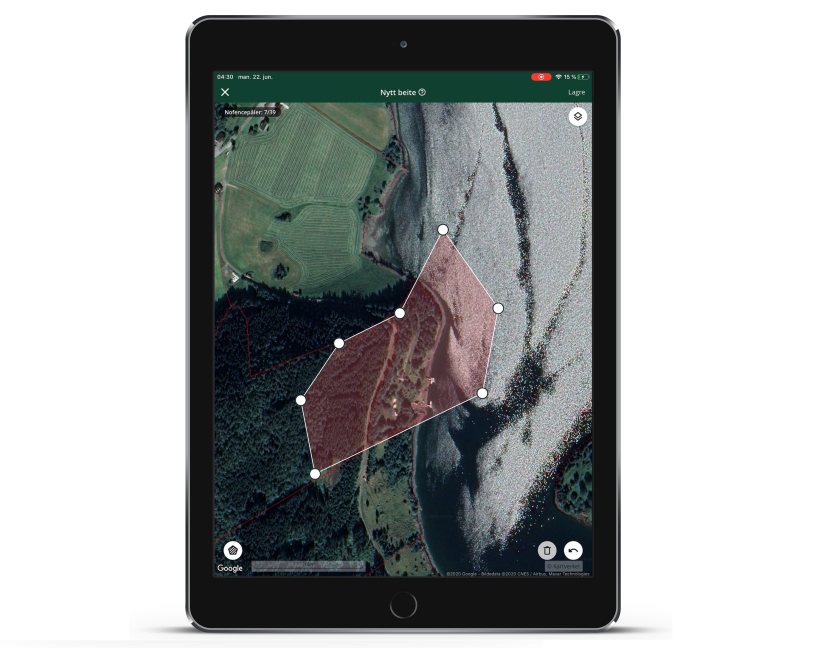 To operate the system, farmers use a mobile app set out specific virtual boundaries

"Grazing has benefits for biodiversity and the environment, so it slots into the structure of those schemes well, with grazing being more attractive to farmers."

There is also the case that the UK will be less dependent on other countries than it was before.

"AHDB have written a report on what UK agriculture needs to be good at post-Brexit, and what they stressed was the need to be flexible.

"Not just exporting beef, but quality beef, which we can ensure because the cattle can graze freely and we know where they are," Synne said.

One of the 25 Nofence customers in the UK is David Girvan, who farms a largely upland area near Inverness, in Scotland, and has about 900 breeding yews and 150 breeding cows.

At the moment he only has 25 Nofence collars which are used for the grazing of an RSPB nature reserve.

He said: "The collars have worked exactly as we were told they would, and were very easy to use through the app on my phone, from which I made virtual paddocks.

"We did not have any cows ending up in the wrong place and it still seemed to work well in the partly wooded area we had them."

"Until they become more affordable it is difficult to see them being used on a widespread basis in mainstream farming, but for people who have big areas of land that are difficult to fence it definitely opens up new opportunities.

"Hopefully as demand grows the price will come down over the next few years."

David’s only concern was that battery life would not survive the full winter: "Where we are at this time of year it is very dark," he explained.

"That said we had them out for a good two months without any issues, but I do not think they would last a full winter out."