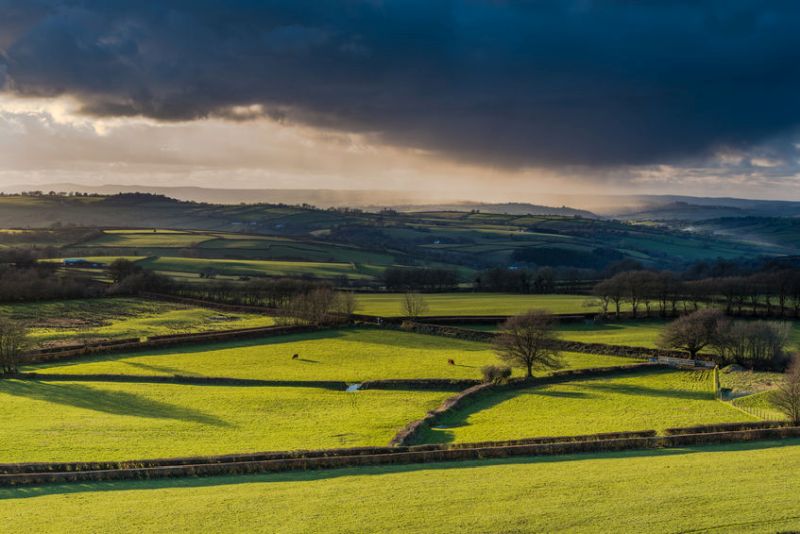 Under a Brexit deal scenario, a small decline in profitability (3%) is projected; however, under a no-deal, an 18% decline is forecast

Leaving the EU with no-deal could decline farm profitability by 18 percent equating to a hit to UK farming of almost £850 million, new research suggests.

The Andersons Centre recently conducted research on behalf of the BBC to assess its potential impact on the profitability of UK farming, 9-12 months after Brexit taking place.

The UK is due to leave the EU on 31st October and the possibility of a no-deal Brexit is becoming more likely under Boris Johnson's government.

Under a Brexit deal scenario, a small decline in profitability (3%) is projected; however, under a no-deal, an 18% decline is forecast.

Substantial declines are forecast for sheepmeat (-31%), whilst output for cereals, milk and beef production are also down.

Some increases are projected for horticulture and intensive livestock (pigs and poultry) provided there is sufficient labour available for undertaking operations.

With respect to costs, some decreases are forecast for inputs which would be affected by the introduction of lower UK import tariffs under a no-deal scenario.

Examples include animal feed, fertiliser and plant protection products. However, other inputs such as veterinary costs are projected to rise as it is anticipated that there would be a significant increase in demand for veterinary staff to assist with border inspection operations.

An 18% decline in profitability would equate to a hit to UK farming generally of almost £850 million.

With many farms already struggling to break-even, the projected hit on profitability in some cases likely to significantly surpass the industry average, the viability of many farming businesses will be in jeopardy, Andersons says.

Unsurprisingly, grazing livestock farms (particularly sheep) would be the most exposed given the output declines mentioned above, but a no-deal would also result in a significant downturn for dairy farming in Northern Ireland, given its reliance on having its milk processed in the Republic of Ireland.

Andersons used Total Income from Farming (or TIFF) to look at the farming industry as a whole to reach its figures.

It is an aggregate, so hides differences between sectors and individual businesses but provides a simple measure of the profit of ‘UK Agriculture Plc’, it says.

In technical terms, TIFF shows the aggregated return to all the farmers in UK agriculture and horticulture for their management, labour and their own capital in their businesses.

To allow for yearly variations in weather conditions and exchange rates for example, a three-year average (2016 to 2018) was used as the basis for comparison.