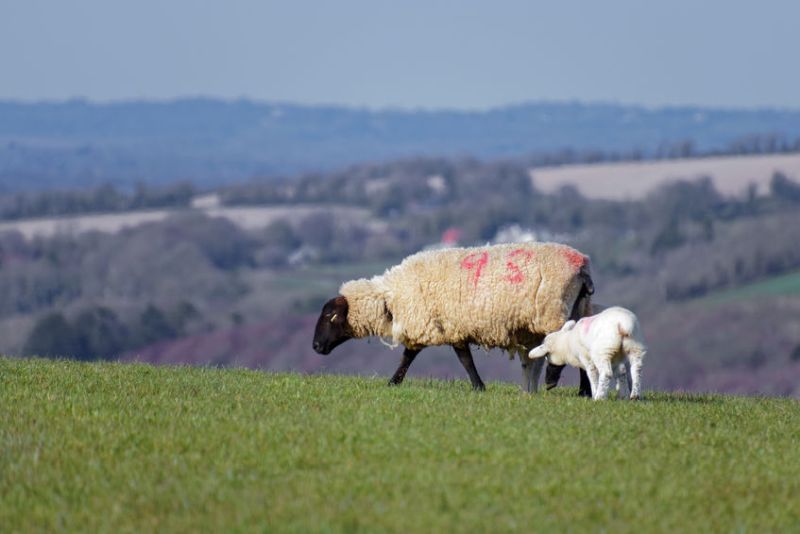 Under no-deal, the overall impact on the value of UK meat is expected to be -4% for beef and -31% for sheepmeat

A no-deal Brexit would cause 'significant upheaval' for both beef and sheepmeat trade with exports to the EU 'falling substantially', a new report says.

The full extent of Brexit’s potential implications for British beef and lamb supply chains has been highlighted.

The study, released on Thursday (18 July), explores in detail the impact of tariff and non-tariff measures (NTMs) in both 'deal' and 'no-deal' scenarios.

It goes on to explore the effect on domestic consumption, carcase balance, production, prices and on-farm profitability.

Under a no-deal scenario, farmers would see 'upheaval' as trade falls 'substantially'.

However, some trade with the EU would continue for beef, with the EU’s Tariff Rate Quota (TRQ) allowing market access.

But a new UK TRQ for beef imports would be open to all countries, causing a dramatic rise in non-EU imports, lowering prices and driving up domestic consumption by 7%, the report says.

Meanwhile, domestic consumption of sheepmeat is expected to rise by 14% due to lowering prices under no-deal.

The overall impact on the value of domestically produced meat is expected to be -4% for beef and -31% for sheepmeat.

Trade impact under a Brexit deal scenario is relatively small for both beef and sheepmeat, although slight decreases in exports (1.1%) are expected due to non-tariff measures adding inefficiencies to just-in-time supply chains.

The most detailed analysis of its kind – encompassing a literature review, primary research and development of a new model to understand the costs of continued trade with the EU27 – it concludes with seven recommendations to help mitigate challenges.

These include a call for the UK and EU to reach a 'robust mutual recognition agreement' to reduce the need for official controls and minimise trade friction.

The study also calls for the implementation of an e-Certification system and better communication between UK and overseas regulatory authorities and training for exporting businesses to better understand regulatory procedures.

Sarah Baker, AHDB Strategic Insight Manager, said: “The analysis is a representation of reality and assumes farmers take no action in response to the price changes.

“In reality, they will adapt and some trade will continue but the potential impact will be nonetheless substantial for the sheep sector.

“Importantly, the recommendations in the report give us a basis for discussion with the industry and will feed into to our strategic direction for the future,” she said.

Required technology could take a decade

The report adds that frictionless trade with the EU27 as a third country is not currently possible and the development and implementation of the required technology could take a decade.

Value deterioration, especially for fresh meat, arising from border-related delays due to physical checks and sampling accounted for more than 60% of Non-Tariff Measures (NTMs) costs on checked loads.

Smaller businesses are likely to be disproportionately impacted by NTMs, due to the regulatory burden and the cost of more checks over fewer loads, it adds.

Trade barriers will exert inflationary pressure on inputs imported from the EU27, which farmers would bear the brunt of due to tight industry profit margins.

The study was commissioned by the UK's red meat levy bodies, AHDB, HCC and QMS, and conducted by the Andersons Centre.