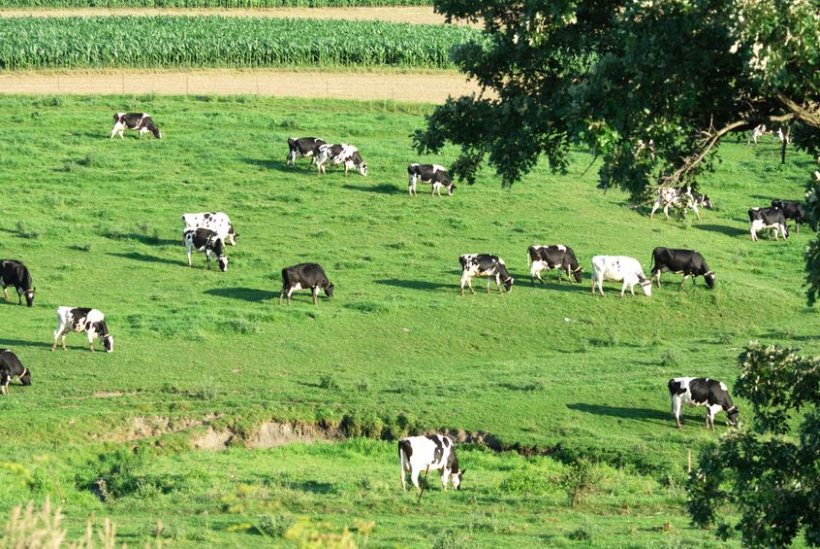 Milk from cows reared on the green grass of north Wales just got even greener after a local dairy co-op bagged a top environmental accolade.

South Caernarfon Creameries has achieved Level Three on the Welsh Green Dragon standard after a year of improvement in its campaign to reduce its carbon footprint.

That has seen the dairy achieve major reductions in its use of electricity, water and oil as well as cutting waste and ensuring that much of it is turned into energy.

It has also bought new more energy efficient lorries for its milk tanker fleet and reduced the amount of cheese that hits the floor during production and packaging.

South Caernarfon Creameries currently produces over 10,000 tons of cheese a year, and consists of 127 farmer-members.

Company Secretary Elwyn Jones said: “We decided a few years ago that as a Welsh company we needed to buy into the Green Dragon standards and improve our environmental standards.

“We operate in one of the most beautiful parts of the country in an industry that is based on dairy farming and what could be more natural than cows turning grass into milk."

He explained: “We have to maintain a constant temperature of 9C for maturing the cheese, we have to refrigerate for storage and we have to heat water for cleaning.

“We are a big and complex company and we have to look at energy use, electricity and water and how we can use less of them at a time when we are expanding.”

In the past 12 months they have managed cuts of almost 7% in electricity, 9% in boiler oil and 8.5% in water and are 13% ahead of their targets for energy reduction.

Among their energy reduction measures this year has been to spend £600,000 on four DAF trucks which have 7% lower emissions, a reduction with their 13-vehicle fleet averaging over 1,000 miles a week.

Elwyn Jones added: “We are now committed to achieving Level Four in 2021 and the top level of Five is our ultimate aim."