NPA chief executive Zoe Davies to step down from role 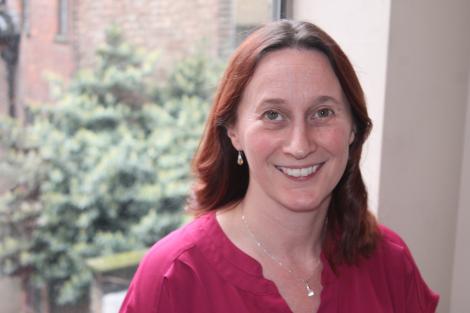 Zoe Davies has announced she will be leaving the NPA after 14 years of service, including eight as chief executive

The National Pig Association's chief executive, Zoe Davies, is to step down from her role after working at the industry body for fourteen years.

Zoe Davies has announced she will be leaving the NPA after 14 years of service, including eight as chief executive.

She will be taking on a new role at the NFU at the beginning of August, as the union's East Anglian Regional Director.

Described as an 'absolute industry legend' by NPA chairman Rob Mutimer, Ms Davies has had a significant impact during her time at the group.

Announcing her departure on Thursday (5 May), she said it had been a 'privilege to be part of this great industry'.

“The decision has not been an easy one to make, but I honestly feel that now is the right time for me to make this change personally and for the NPA," she said.

“I won’t be going too far. I am very much looking forward to the challenges my new role with the NFU will bring, but I am exceptionally sad to be leaving this amazing industry that I have been involved in for the last 27 years.

“I have thoroughly enjoyed working with my amazing team at NPA, all the producer, allied industry and other specialists on our Pig Industry Group (PIG) (and previously PG and AIG), and, of course, with our members.

“The NPA has a bright future with the fantastic team already in place and I’m confident that the Board will, over the coming weeks, make the right decisions as to how to move the organisation forward."

Rob Mutimer said the sector owed Ms Davies a huge debt of gratitude, adding: “The board is very sorry to see Zoe go, but she departs with our very best wishes for her future role.

“Zoe has worked incredibly hard to represent the pig sector, and, with her team, has delivered so much on behalf of producers and the wider industry.

"Her knowledge, drive, passion for the industry and leadership skills are second-to-none and she is hugely respected both inside and outside the pig industry."

Mr Mutimer said the NPA would now start the process of recruiting a replacement.