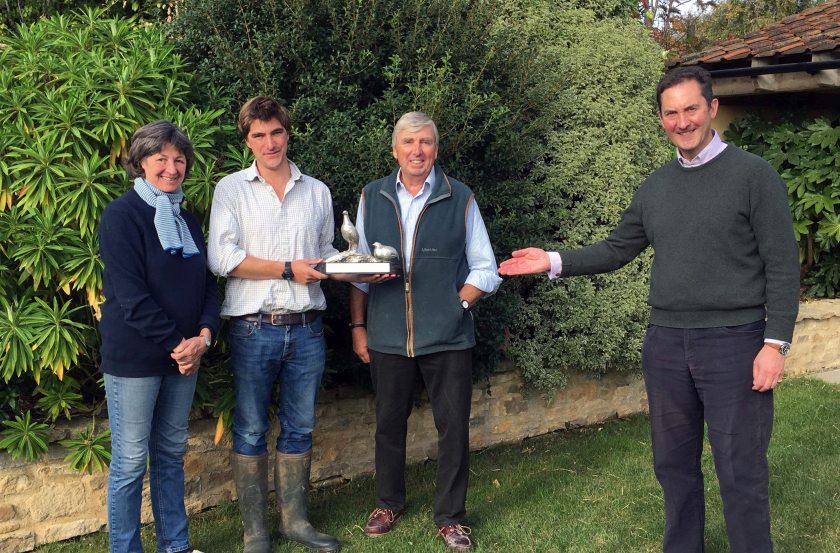 An organic beef farm in the Cotswolds has been praised for helping reverse the decline in grey partridge numbers.

The award, run by the charity the Game & Wildlife Conservation Trust (GWCT), recognises farmers' efforts in helping reverse the decline in grey partridges.

The grey partridge is one of the most rapidly declining farmland birds in Europe - its numbers have declined by more than 90% since the 1970s.

Since 2014, the farmers have taken part in the GWCT’s Partridge Count Scheme, a national effort to monitor the bird.

Oxleaze has seen its autumn grey partridge density rise from just over 8 birds per 100 hectares to 47; the net result, 148 grey partridges in this year’s autumn count.

Partridges are just one species to benefit. The Manns have run the farm since 1978 and since the mid-90s have put in 35 acres of species-rich semi-natural grassland, planted 30,000 new trees and over 25,000 hedge plants.

They also have a forward-thinking approach to the way the farm is run, with all heating and hot water supplied by a biomass boiler and the residential and commercial properties on the farm powered by solar energy.

GWCT advisor, Austin Weldon said the family had made an 'admiral effort' in boosting wildlife on their farm.

"Their holistic approach to caring for the environment and nurturing wildlife is clearly delivering great results," he added.

"More landowners will need to bear this in mind as concepts such as natural capital and the shift to environmental delivery come to the fore through ELMS.

"The Mann's success demonstrates what can be achieved without having a huge budget making it a great demonstration for others to follow.”