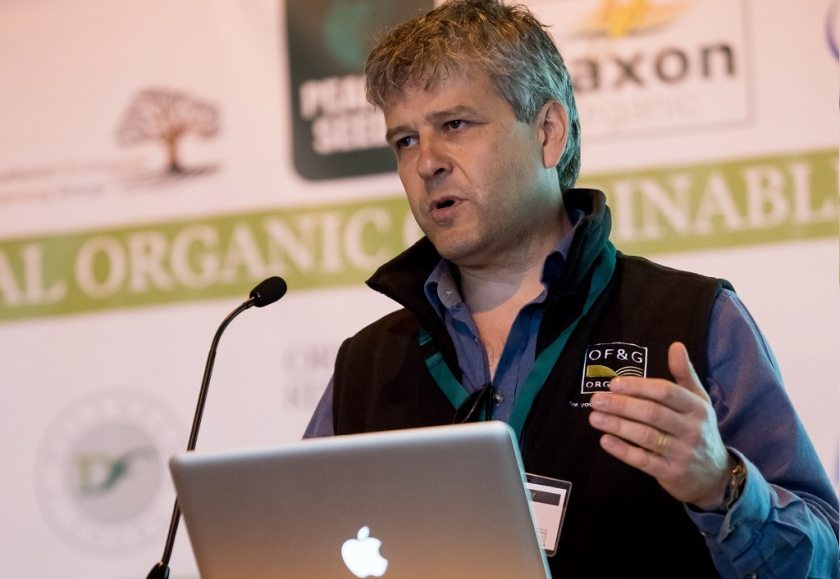 The government should back a 'whole-system approach' to food production based on organic and agroecological principles, a UK organic land certifier has urged.

This tipping point in UK agriculture is stimulating crucial debate about the best way to manage rural landscapes while tackling climate change and building the nation’s food security.

According to the Organic Farmers & Growers (OF&G), the UK's largest certifier of organic land, the issues farming faced were 'multi-dimensional'.

“We must seek to reconcile these issues simultaneously while recognising the need for our food production system to significantly reduce its impact on finite natural resources and the environment."

He said organic farming meant 'farming with nature, rather than against it', adding that it allowed farmers to benefit from valuable biological processes while feeding the nation and looking after the environment.

“This isn’t to say there’s not a need for defined spaces where wildlife and nature take precedence," Mr Kerr said.

"But it’s critical that in creating this additional space for nature, we don’t continue to degrade our soils and biodiversity elsewhere by chasing yield alone to offset any perceived overall loss of production.”

To redress the balance, government needed to take a 'much broader view', including taking into account measures that would strengthen food supply chains and restore the natural environment through a 'whole-system approach' that considered the wider environmental ‘balance sheet’.

The implementation of organic techniques would be a 'positive move' that would enhance ‘natural and public assets’ and reduce ‘environmental and societal liabilities’, Mr Kerr said.

“To bring a more benign farming system and the space needed for nature together, we must address the challenges of diet, food waste and inequities in our food system.

"Our productive agricultural land cannot be ransomed due to wider political inertia or slavish adherence to the current paradigm,” he added.

“To optimise food production requires investment in organic and agroecological research alongside support for farmers to transition towards different farming methods, plus the development of more local food networks and peri-urban food production.

“Diversity in farming and the supply chain is ultimately the key to a more resilient and productive food system,” Mr Kerr said.