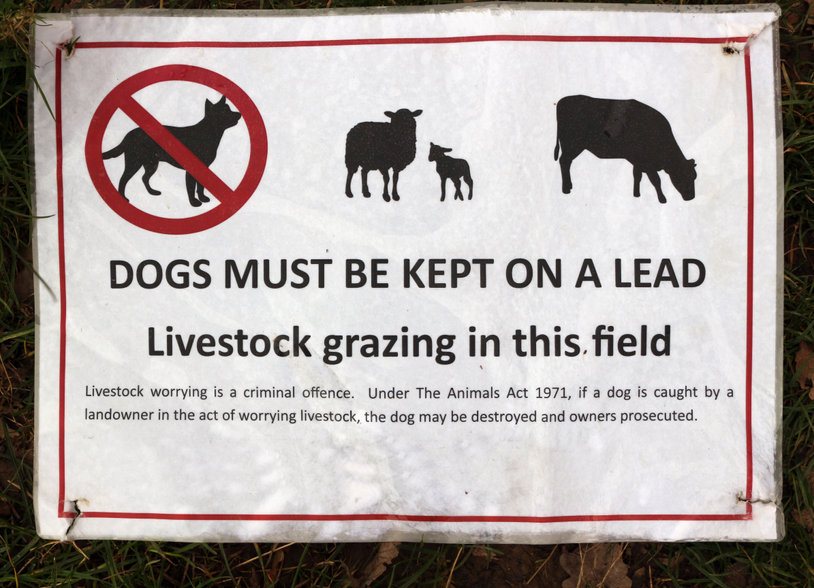 E-collars are used to train dogs to associate sheep with a one-off static pulse, in turn helping the dog become wary of approaching them

Over 100 sheep farmers have signed a letter urging the Welsh government to reconsider its ban on training dogs with e-collars, or risk the lives of more sheep.

The 107 signatories, who include celebrity hill farmer Gareth Wyn Jones, have told the government to "review the science on what is the most effective training for stopping predatory attacks by dogs".

The letter is in response to NFU Mutual data which shows that Welsh farmers suffer from four times more dog attacks than their Scottish counterparts.

They are calling on the Welsh government to overturn its ban on e-collars, which are used to train dogs to associate sheep with a one-off static pulse, in turn helping the dog become wary of approaching them.

Academic studies have found that the e-collars allow dogs to continue to avoid sheep even when they are off-lead and unaccompanied.

Supporters argue this is vital, as police data shows that in most attacks the dogs had escaped from human control.

The Welsh government banned the training of dogs with e-collars in 2010, and in 2018, Scotland decided against following suit.

Gareth Wyn Jones, who farms in Llanfairfechan, Powys, told The Telegraph: “The government is banning things because they believe that it is cruel.

"But what is crueller? For a sheep to be ripped to pieces or for a dog to have a little electric shock which is less than they get from a fence?”

Another signatory is David Robert Richards, a farmer from Neath Port Talbot, who said the use of e-collars was an 'ideal way to train dogs'.

"In the right hands, being used sensibly can save the lives of many dogs, more importantly the lives of sheep."

John Lewis, who farms in Torfaen, south-east of Wales, has suffered the loss of sheep by dog attacks on a couple of occasions.

He said some people 'remain ignorant' to the harm that their dog could do to livestock: "This is where an electric collar can come into its own as some people have historically used one for walking their dog in the countryside and at no other time.

"I have witnessed some years ago the effectiveness of such collars when a young adult dog started chasing sheep, that single use of the collar never needed to be repeated again.”