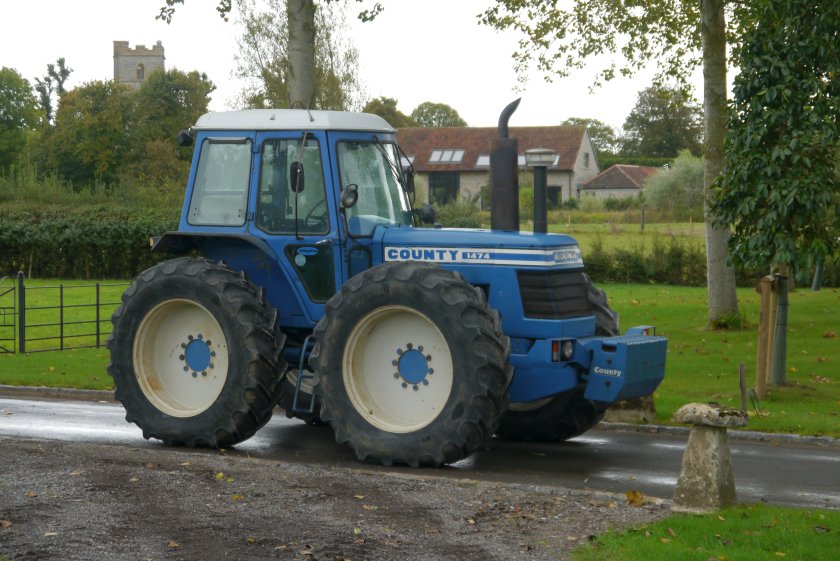 Over seventy classic tractors went under the hammer as part of a recent on-site sale of machinery and spares in Somerset.

The sale, which took place near Somerton on Saturday 10 October, included over 70 Ford, County and Roadless classic tractors.

Malcolm Beaton, who owned the machinery, had one of the most comprehensive collections of County tractors ever seen, according to auctioneer Cheffins.

The firm, which organised the on-site sale, said the collection included a mix of both fully-restored examples and refurbishment projects.

Meanwhile, over 500 lots of County spares were also sold, a quantity not seen before, Cheffins added.

Oliver Godfrey, director at Cheffins, said buyers from the UK and across Europe attended the sale.

"We saw some fantastic prices paid for these later classics at the Malcolm Beaton sale which really are in vogue with collectors at the moment."

But he added that large single-owner collections were getting harder and harder to come by.

"I am doubtful that we will see a sale of this quantity of Ford and Ford variant tractors at any time in the near future,” Mr Godfrey said.