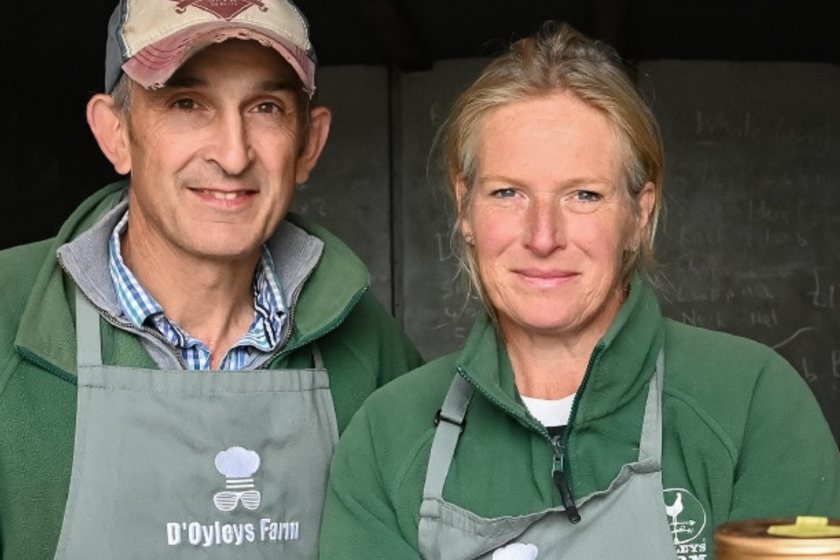 An Oxfordshire livestock farm which is preparing for its busiest time of the year is giving other agri-businesses an insight into its seasonal diversification enterprise.

D’Oyleys Farm, located in Stadhampton, is a 650-acre mixed farm which has been run by generations of the White family.

Phil White and his wife Fiona took over in 2010 and inherited cows, sheep, chickens and 250 turkeys – an area expanded over the years to cater for growing demand.

This year they have 1,000 turkeys, many of which will be sold directly to a loyal customer base through the farm’s online shop and a weekly pop-up store in its grounds.

“We have had poultry on the farm since the late 1960s. It started with chickens, but has evolved to also include turkeys," Phil explained.

“As BPS payments are phased out and diversification becomes more important than ever, it’s another way to generate additional income.

“Although we sell some to butchers, our main focus is the individual customers as it has the best reward in terms of both margin and feedback.

“We have built-up a loyal customer base and it’s fantastic to feel like you have played a part in their Christmas day.

“For those who celebrate it, Christmas dinner is seen as one of the most important meals of the year, so we really enjoy being part of this."

The Whites have a weekly pop-up shop at the farm where they sell meat, and this has also evolved over the years.

The farming family work with other small farm shops to sell their produce, such as vegetables, and they sell theirs. 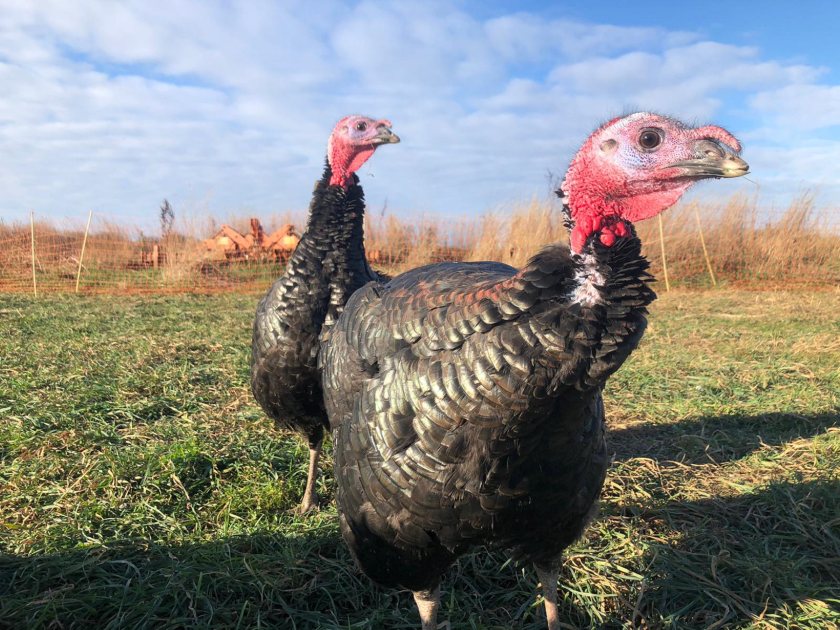 The Whites have a weekly pop-up shop at the farm where they sell meat, and this has also evolved

Covid also saw an increase in demand for doorstep deliveries, and this year they will be delivering turkeys to customers on 23 and 24 December.

This will be alongside their weekly meat box delivery service, which was launched earlier this year.

Phil said: “Hopefully this will give us an opportunity to convert some of our longer standing turkey customers from a once a year sale to into meat customers who shop with us all year round.

“Last year we reared 750 turkeys and completely sold out, so this year we’ve gone for 1,000 to cater for the growing number of people who want a high-quality, high welfare product.”

Speaking about the logistics of turkey farming, Phil said that his busiest time, understandably, comes in December.

“We get the turkeys in July when they are a day old. They require warmth for a couple of weeks, then they are in an enclosed run where they can graze grass before they go out into a larger paddock at five-weeks-old.

“They feed on a mix of grass and herbs and are also given home grown oats. The feeding process isn’t very time consuming at all and only takes around 30 minutes every day.

“On December 10 we pluck the birds which are then hung for a week before being prepared for collection or delivery." 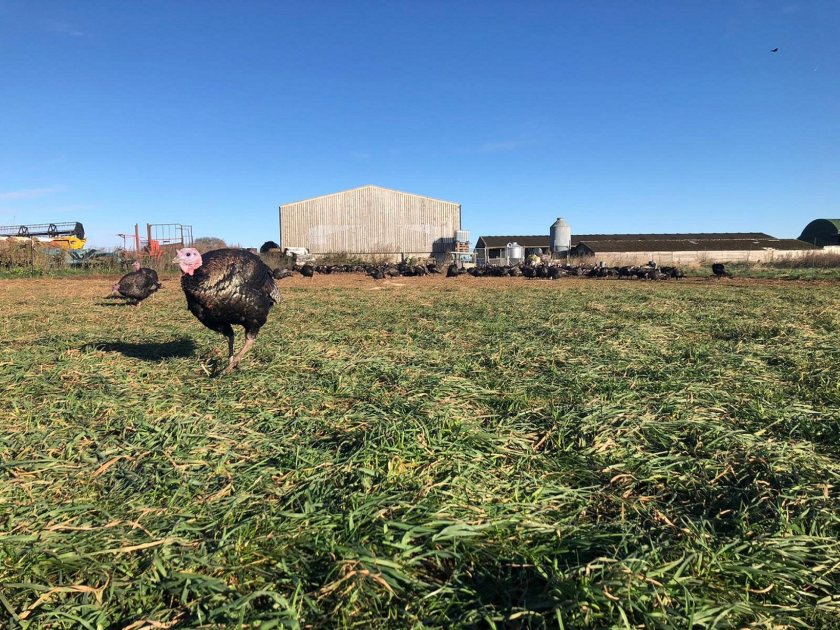 But there are certainly challenges when it comes to turkey farming, particularly the issue of labour.

Phil said: "We’ve heard of some people who have struggled with staffing, but we’re lucky that we have two children in university who have plenty of friends in the area, so we have everyone mucking in with the plucking.

“Last year we also invested in a wax dip tank which makes plucking a lot quicker and streamlines the process reducing the requirement for seasonal labour which is becoming more of a challenge.

“The turkeys certainly meet our end goal of adding another dimension to the farm business."

For those thinking of diversifying, he said turkey farming might suit someone with a spare building or polytunnel, perhaps one which is used for lambing but sits empty from June to December.

Another option for someone having a go for the first time would be to buy the birds in as poults to manage the risk a bit.

“It’s an area of the business we very much enjoy, and we couldn’t imagine the farm without it,” Phil added.

He said: “Since taking over the farm, Phil and Fiona have made a conscious effort to focus the business on connecting directly with the customer as much as they can.

“They have thrown themselves into regenerative farming practices to improve not just the environmental sustainability of the business but build its financial resilience by adding value to their produce.

“Their vision for the farm and hard work is an inspiration, particularly to those who may be thinking about diversification as BPS payments are phased out.”