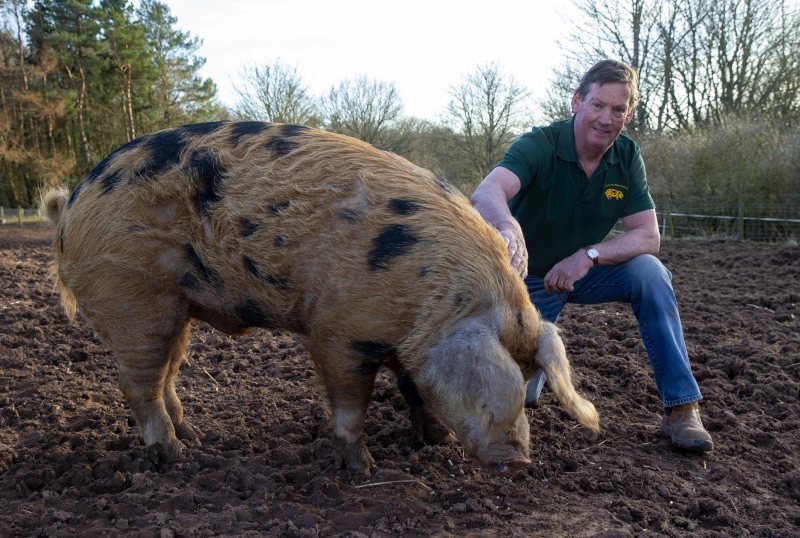 The Oxford Sandy and Black Pig Group has recognised their independent producers and breeders in Scotland, where a couple are celebrating new life of the rare pig breed.

In addition to their conscientious efforts of bringing Daisy to Scotland, they also wanted to refresh their boar bloodline that would not only compliment their herd, but Scotland as a whole.

This research took them down to Oxfordshire in July 2021, where they found Amos, an Alexander boar from Ian Lawrence, of the Oldlands Herd.

Amos is the sire to Daisy’s litter, which is also Amos’ first litter. Daisy farrowed at the end of January to a litter of 12 piglets; 11 gilts and 1 boar.

Anyone following the Oxford Sandy and Black Pig Group on Facebook will know that they are into its third year of a research programme on sex ratio in seasonal farrowings.

Research is showing thus far that males are the dominate sex born in winter. But not so in Daisy’s case.

The charity said it is with thanks and recognition to Anita and Edward that the bloodlines and genetics will be creating a better future for the breed, its existence and its breeding potential in Scotland.

Anita said: “The bloodlines were brought to Scotland with the generosity from the OSBPG Charity and their Genetic Spread Allowance.”