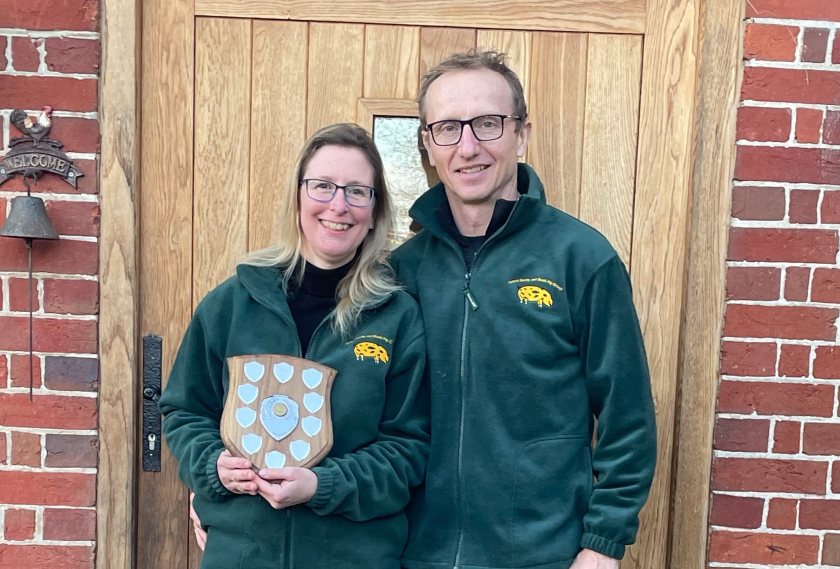 The OSBPG is a registered charity seeking to boost the rare pig breed, the Oxford Sandy and Black

The Oxford Sandy and Black Pig Group kicked off this year with their first ever awards event, recognising the UK's independent producers of the rare pig breed.

The awards were a time to celebrate the charity's 2,400 supporters, and all the hard put into raising, keeping, producing and valuing what they do.

The OSBPG, a registered charity seeking to boost the Oxford Sandy and Black pig breed, asked its supporters to participate and nominate individuals.

The charity said the participation and recognition was overwhelming, with votes coming in from countries across the globe.

The winners rootled off with a plate, an OSBPG fleece, OSBPG Plaque, and £200 prize money, which was donated by four supporters of the charity.

The OSBPG Charity helps and supports their keepers, breeders and independent producers creating a better future for the breed, its existence and its breeding potential.

To find out more email secretary@oxfordsandyblackpiggroup.org.