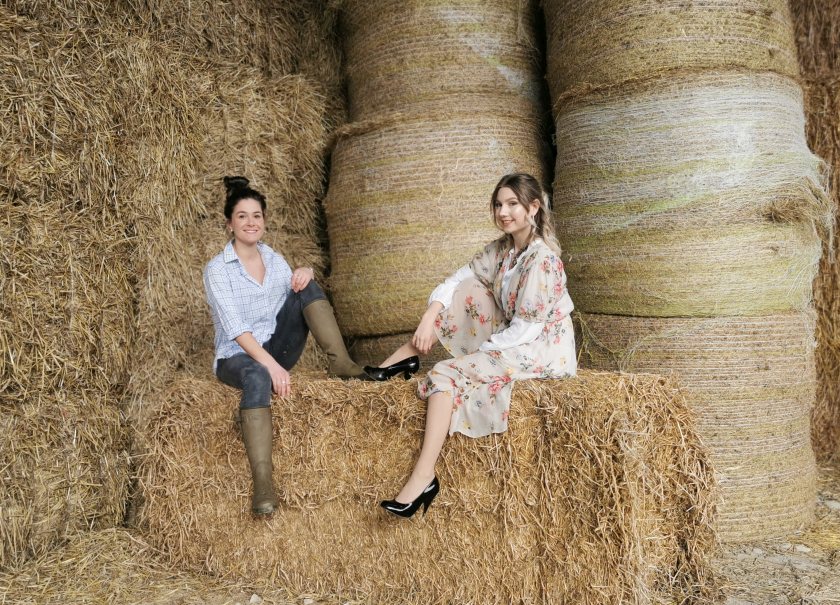 Two women have set up a new podcast which aims to encourage people to join and engage with the British farming industry.

Rebecca Wilson and Lizzie McLaughlin, both employees at poultry firm Vencomatic UK, spearhead the ‘Boots and Heels – In Our Shoes’ podcast.

The first episode was released on Friday 26 February, which looked at their backgrounds and how they found themselves working in the industry.

The aim of the podcast is to show that no background should be a barrier when interacting with farming.

"We think that there are so many opportunities for both employment and fulfilment within agriculture," Rebecca said.

"But not everyone will feel that they have the right skill set or upbringing to get involved.

"We also noticed a gap in the podcast sector that lacked not just a female voice but the perspective of those outside of farming.

"We’re hoping that we can add a fresh approach to the industry and bring an array of demographics together to appreciate the farming world."

Rebecca grew up on a farm and has always been involved with both livestock and arable, she is the 'Boots' of the pair.

Meanwhile, Lizzie's first taste of agriculture was when she started working for Vencomatic UK three years ago - she is the 'Heels'.

In response to the question of what she wants to achieve with Boots and Heels, Lizzie said: "The podcast made me reflect on how we can have a distorted picture of agriculture, viewing it through a lens.

"In truth, there’s so much to learn about the relationship between farming and our food, as well as the fact that agriculture doesn’t have to be limited to traditional stereotypes."

She added: “We hope to cover a wide range of topical issues, include exciting interviews and engage not just those in the industry, but the general public too."

Episode one, which introduced Becca and Lizzie with an insight into their routes into agriculture, explored the topic of walking dogs on a lead - an important matter during the lambing season.

Future episodes of the podcast will feature interviews with some special guests and debates on current affairs.

Anyone can listen to their podcast on most platforms, including Spotify.