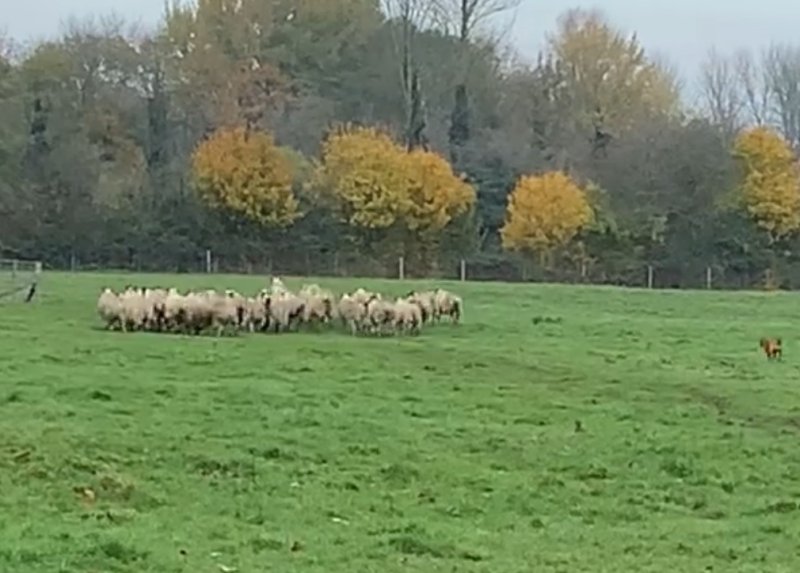 A video of the incident has been published on Facebook as a warning to other dog walkers (Photo: Parks Trust/Facebook)

A charity which manages over 6,000 acres of land around Milton Keynes has shared a video of a recent livestock worrying incident.

Parks Trust has shared a video of two dogs chasing and attacking sheep at Campbell Park in an incident which happened over the weekend.

Police are now investigating the attack, which resulted in one sheep being bitten by the out-of-control dog.

A Parks Trust spokesman said he hopes the clip will ensure that dog owners keep their dogs on leads around sheep and cattle in parks.

"We believe the owner was caught out by her dog’s instinct to chase, rather than this being a malicious act on the owner’s part, all of which reinforces the message of keeping dogs on leads in grazing areas," he said on a post on Facebook.

One person replied to the post saying that he frequently witnesses owners with their dogs off leads when near livestock.

Another commented: "There is no excuse for the dogs owner, I sincerely hope he/she is located and taken to court!"

A person added: "Just don't get why people will never learn a simple fact. Some say, "my dog is well trained and always obeys me" well no matter how well trained they are all dogs have the potential to do this when their prey instinct kicks in. Poor sheep."

It is a criminal offence for dogs to worry sheep and as a result of an attack the owner can be fined, incur a criminal record and have the dog confiscated or even destroyed.