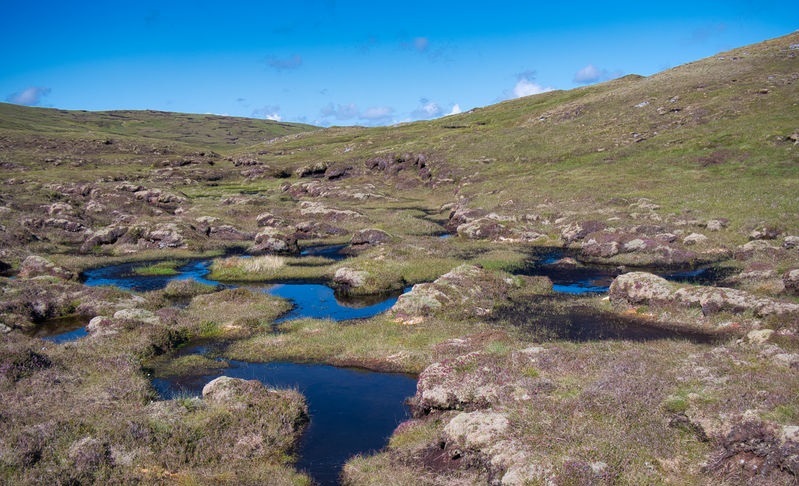 A scheme has launched to provide farmers and landowners with new funding to restore peatlands in the uplands and lowlands of England.

The restoration of degraded peatland has been identified as essential if the UK is to reduce its greenhouse gas emissions in line with its net zero commitments.

According to a discussion document published by Defra in 2020, England’s peatlands are the nation’s largest carbon store.

They are also a haven for rare wildlife, an important part of the UK's cultural heritage and natural providers of water regulation.

However, because England’s peatlands are also currently highly degraded they are emitting an estimated 11mt of carbon dioxide equivalents annually, which is equivalent to 24% of emissions reported for the UK’s agriculture sector in 2017.

The Nature for Climate Peatland Grant Scheme (NCPGS) is a competitive grant scheme that will run until 2025, with the objective of starting the process of restoring 35,000ha of degraded peatland.

Looking at the scheme, rural property agency Strutt and Parker said it is open to environmental groups, local authorities, charities, public bodies, and farmers and landowners.

"It is estimated this will reduce cumulative emissions from peatland by the equivalent of 9mt of carbon dioxide by 2050 and provide additional benefits for nature, tourism and water management," the firm said.

"However, Defra is looking for landscape-scale projects which means applications are likely to involve a number of sites and landowners working together.

"Funding for peatland restoration is also available through Higher Tier Countryside Stewardship which offers capital grants of up to 100% of the actual costs of restoration, alongside standard moorland management options.

"However, this will only be an option for landowners who are not currently signed up to an agri-environment scheme, or whose agreement is coming to an end."

There is also the opportunity of seeking investment from private funders such as water companies.

Meanwhile, the Peatland Code is a certification scheme for UK peatland projects wanting to generate a new income stream by selling the carbon benefits that will result from restoration.

Farmers and landowners interested in applying need to register their interest through Defra’s eSourcing portal.