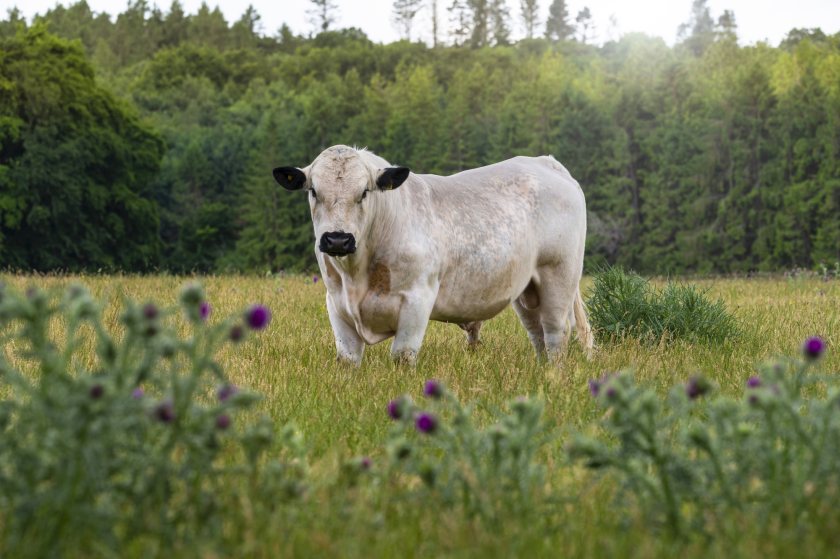 The two-year-old bull, whose pedigree name is Castleton Satellite, is part of the renowned Castleton herd from Powys in Wales

The two-year-old bull, whose pedigree name is Castleton Satellite, is part of the renowned Castleton herd from Powys in Wales and can trace his ancestry back five generations.

Cattle were introduced into High Park, an ancient oak woodland within the 2,000-acre Oxfordshire estate, three years ago to trample undergrowth and clear spaces for acorns from the ancient oaks to germinate and grow.

The herd has had such a positive impact, and the estate is now looking to expand its range and hope the new bull will have the desired effect.

“The time has come to introduce new blood into the herd as we look to strengthen its genetic diversity,” said Blenheim Estate farm manager, Charles Gerring.

“Our original bull has been moved on as we plan to introduce several of his daughters into the main herd this year and Castleton is the perfect replacement.

“He is a fantastic example of the breed. He has great shape, conformation and markings and will allow us to continue the herd’s vital role of maintaining the rich biodiversity of the estate’s historic woodlands."

High Park is home to the greatest number of ancient oak trees anywhere in Europe - around 90% of the woodland is made up of oak trees and it is thought that at least 60 of them date back to the Middle Ages.

Early in the 20th century, the total number of herds had dropped to just seven with less than 150 individual cattle remaining.

However today, thanks to a resurgence in interest in rare and heritage breeds their numbers have increased more than ten-fold.

The reintroduction of the cattle is part of the Blenheim Estate’s Land Strategy plan that looks at innovative ways to protect, utilise and open up access to the 12,000-acre estate over the coming decades.