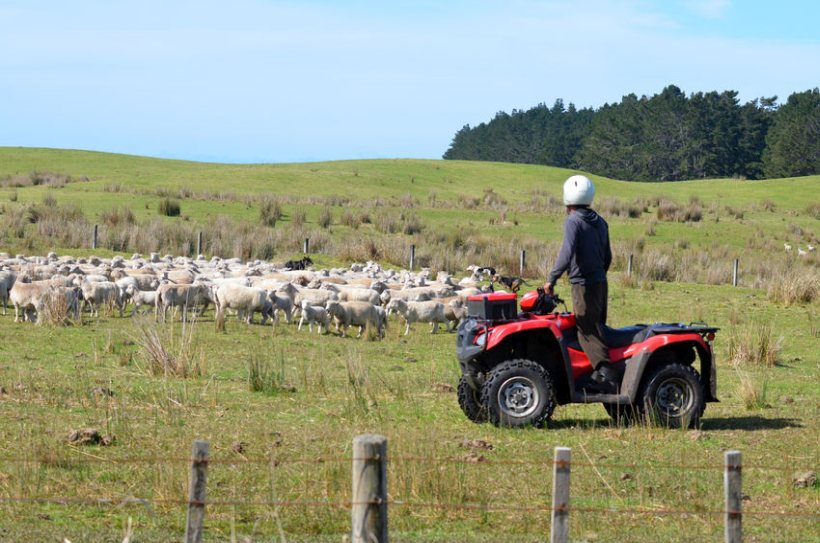 Statistics by the rural insurer has revealed that thieves are frequently targeting newer, higher specification quads on farms.

Criminals are also stealing more all-terrain (ATV), larger off-road vehicles, which can cost two or three times as much as a quad bike.

"During harsh, cold months and at lambing times farmers face a massive struggle to keep their sheep fed and safe if thieves strike and leave them without a quad at the busiest time of year.

“Rural thieves target quads and other farm all-terrain vehicles because they’re expensive kit with a ready resale market in this country and abroad.

"However, their light weight makes them easier to steal than heavier equipment such as tractors," he said.

In response to rising thefts, NFU Mutual has teamed up with manufacturers Honda and Yamaha to install free tracking devices and immobilisers to protect farmers.

The immobiliser systems have smart technology which can raise the alarm if a machine has been impacted or rolled over.

One farmer who has been the target of quad thieves is Richard Willcox, who runs a 220-acre livestock farm in Somerset, rearing dairy heifers and a flock of 80 ewes.

In May 2020, he had a quad bike stolen, almost exactly a year to the day from when one was stolen in broad daylight in May 2019.

He explained: “My quad bike was stolen from inside the workshop on the farm overnight. They also took a strimmer, some scrap batteries and other tools from the workshop too.

“A similar incident happened the year before, but that time the quad was taken in the middle of the afternoon. Returning after being out for the afternoon, I found the padlock on the gate broken and the quad was gone.

"CCTV from the property opposite captured a white van leaving and entering the property and they were in and gone within just a few minutes.

“I have my suspicions that it was the same gang that returned this year. The quad is such a vital piece of kit that they must have known that I would replace it."

Since the second theft, Mr Willcox has invested in a steel roller shutter on the workshop and a motion sensor inside that alerts him to any movement at night.

“The theft in 2019 occurred when I had left the farm for the afternoon and you have that thought in the back of your head each time the farm is vacant that something like that might happen again,” he said.

As a sole trader, Mr Willcox relies on his quad to get him out and around the farm quickly, using it for everything from rounding up sheep to getting feed to cattle.

“I use the quad almost every day so it had a real impact on my work not having one when it was stolen, I really couldn’t do without it,” he added.