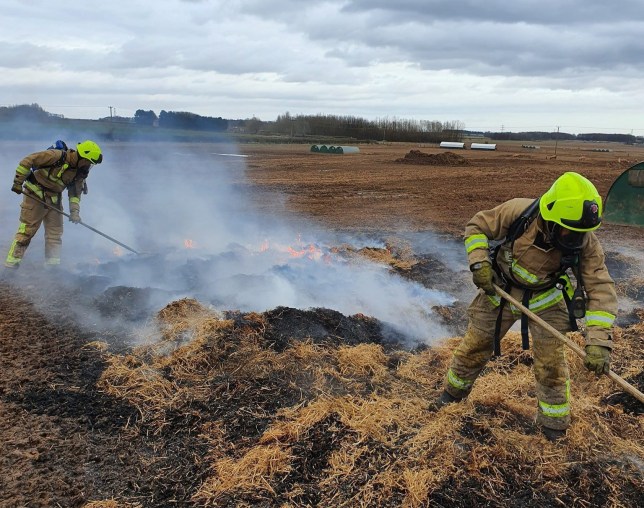 Firefighters have tackled a farm blaze that broke out after a pig swallowed a pedometer which then caught fire after excretion.

Emergency services were called to a farm near Bramham, Leeds, on Saturday afternoon (7 March).

A pig reportedly ate a pedometer and then excreted it, causing the device's batteries to react with dung and hay in the pen.

"Cause of fire attributed to a battery-powered pedometer carried by one of the pigs (to prove it was free-range), which was eaten by the other.

"After nature had taken its course, it's believed that the copper from the batteries reacted with the pigpens contents and in conjunction with dry bedding, ignited burning approx 75sqm of hay."

No animals were harmed in the incident, the fire service added.