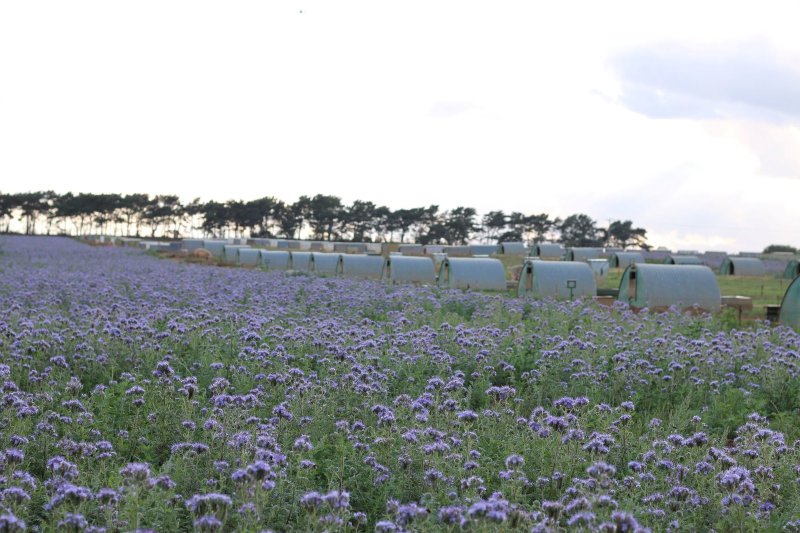 Two pig farmers have succeeded in feeding one million bees after participating in a project that saw them turn over half their land to wildflowers.

Four years ago brothers Mark and Paul Hayward decided to farm 33ha – the equivalent of 83 football pitches – in the most wildlife positive way.

This involves planting nectar-rich blooms around the pig site at Dingley Dell Pork, Suffolk with the aim of embracing a sustainable way of farming.

This week a study was carried out monitoring insect activity on the plot – which found they were feeding one million bees at any one time.

“This was our target when we started – to grow enough to feed a million bees on a single day,” said Mark, a third generation farmer.

“We are acutely aware that bees are under threat from modern farming methods and that East Anglia is one of the worst offenders for bee foraging diversity.

“Every third bite of food you eat can be attributed to pollinators and we wanted to create an operation on our farm that did not push nature out but rather embraced it – as a central part of our eco system and our food cycle.”

Paul said: “We are taking a very minor role in helping society restore a more favourable balance and this starts with plant diversity to encourage in insects, bees, small mammals, and birds.

“At the end of the day, we see ourselves as caretakers of this land. Between us we have six children and we owe it to them to farm sustainability and set an example for the generations to come.” 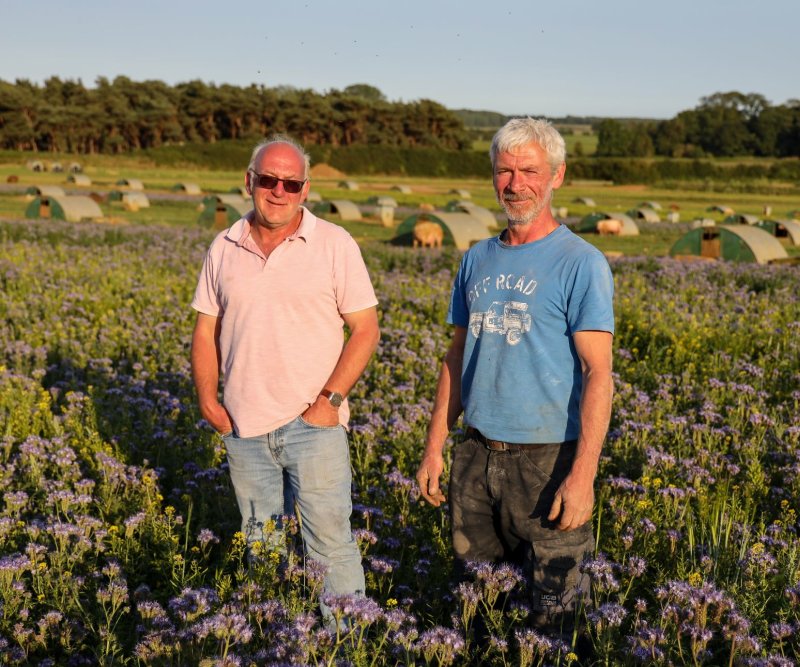 Mark’s eldest daughter Grace, 18, has taken the lead on the big bee count, part of a wider set of surveys under the UK Pollinator Monitoring Scheme (PoMS).

This involves marking out square meter patch of land using a quadrat made of stiff cardboard or wire and counting first number of flowers in the patch and then the bees feeding there over a one minute period.

The team carried out counts in different flower mixes with a high of 19 bees counted in the phacelia.

These figures were then multiplied by the land space for each type of flower mix to give an estimate of the total number of insects feeding.

The total number of bumblebees estimated on the land during the count was 1,186,300.

Grace, who also runs the newly-launched Dingley Dell Cured, a branch of the business selling charcuterie, said: “I’m immensely proud of what we have achieved here and what’s even better is nobody has been stung except my boyfriend – which obviously my dad found hilarious.”

The farm has developed a rotational system for its pork production which allows it to grow both grass and wildflower mixes - vital flowering habitat for bumblebees and other pollinators.

According to the Bumblebee Conservation Trust, many types of bumblebee have seen their populations decline by 70%, and two species have become extinct in the last century.

Gill Perkins, CEO of the group said: “The 'bees per square metre' figure can take a bit of finessing but even allowing for some extrapolating, the studies show that Dingley Dell is feeding at least one million bees at any one time.

“Nobody has done anything of this scale before and the point that should be made here is how committed Mark and Paul are to ensuring that their farm is pollinator friendly."