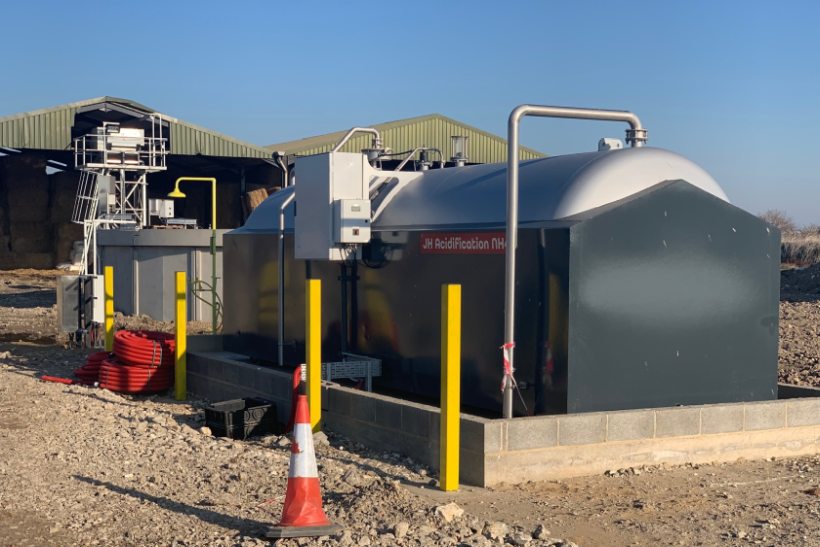 One of the UK's largest pig producers has installed the country's first slurry acidification system as a measure to become more climate-friendly.

Elsham Linc, based in Lincolnshire, has taken the lead in installing the systems across all eleven of its pig breeding sites.

The project, which is nearing the end of the installation process, is likely to be completed in the late autumn at the final pig plants.

Mr Godfrey said key improvements had been in the growing rates of the pigs, and the improved atmosphere for breeding.

"It has also reduced the manual work of moving the slurry to the pits as the pipework is all automatic once it is in, after the initial difficulties of retrofitting the buildings.

"The savings we are seeing are significant, because we are retaining the ammonia in the slurry resulting in more nitrogen for the crops.

"It’s a full circle, we’re buying less fertiliser but hopefully getting increased yields, so we are obviously seeing the financial benefits that come with that,” he said.

Through this investment, Elsham Linc has already witnessed improvements across production in terms of increased feed conversion rates and increased growth rates.

The business has also seen an improved environment for both the pigs and the workers, as well as reduced air miles for fertiliser.

The automatic mild acidification systems work by reducing the ammonia levels in the pig slurry to enhance air quality and nitrogen levels – resulting in better fertiliser and lower emissions.

Despite the current levels of uncertainty brought about by the Covid-19 pandemic and Brexit, farming businesses have opportunities for green financing.