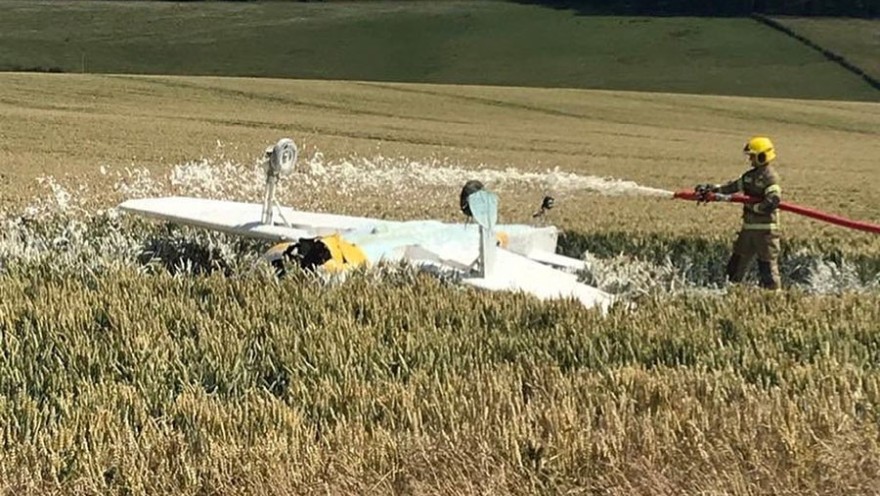 A pilot escaped with only minor injuries after crashing his World War Two-replica light aircraft on farmland in Wiltshire.

The plane crash-landed on a field of wheat on Sunday afternoon (12 July) just off the A346 near Lower Upham Aerodrome.

The pilot, aged in his 70s, was rescued by firefighters who used hydraulic cutting equipment to cut him free. He was then taken to hospital.

Dorset and Wiltshire Fire and Rescue Service crews had to stop the plane's fuel leaking onto the crops.

Station manager Wayne Presley told the Swindon Advertiser: "The aviation fuel was the main hazard for the fire service. 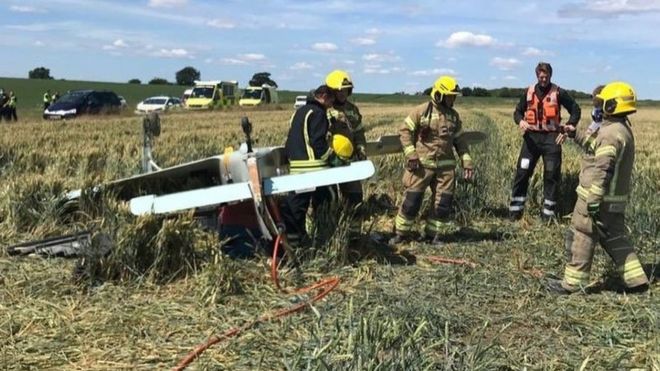 "The aircraft was in a field of standing crop, so with a day like today fire can spread."

The Air Accidents Investigation Branch said it will examine the incident: "The AAIB was informed of an accident involving a light aircraft at an airstrip south of Swindon, and will be conducting an investigation."

The plane was thought to have been a replica of a Focke Wulf FW 190, a model used by the German Luftwaffe during the second world war.