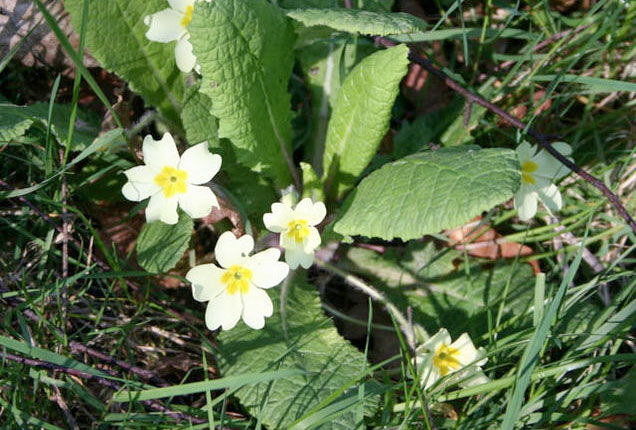 Growers of pansies, primroses and pot plants destined for gardens up and down the country are reporting 'catastrophic' impacts on their businesses from slow garden centre sales, cancelled retail orders and poor consumer demand, the National Farmers' Union have said.

The cool temperatures have delivered a double whammy to the protected ornamental sector, with dampened market demand making it hard for growers to clear spring stock, and more fuel than normal needed to heat glasshouses for keeping plants alive.

Commenting on the disastrous start to the season, NFU horticulture board member and Chairman of the British Protected Ornamentals Association, Ian Riggs said: "Unlike food crops that tend to dominate the headlines, the £1.8 billion British ornamentals sector often gets overlooked. This is shaping up to be another poor year for plant growers, which after a bleak 2012 season could have catastrophic consequences.

"There have already been some high profile casualties, with many more growers cutting back on production to reduce wastage and cost. But that doesn’t help those who are now receiving cancellations for bedding plants that have already been grown to order.

"With consumers not showing much interest in getting out into their gardens during the cold weather retailers are abandoning the spring season and moving their attentions to summer stock. This leaves growers holding vast quantities of unsold stock, which will most likely have to be thrown away as there is no other market."

Earlier this year the NFU announced that it would be holding a supply chain summit to bring together ornamental growers and buyers to try and find ways of sharing risk and reward more equitably throughout the supply chain.

Riggs added: "With so much investment and talent at stake the British ornamental sector needs to move away from a ‘boom or bust’ culture and find ways of injecting stability and commitment into its supply chain. Growers can’t keep lurching from one season to the next hoping for a ‘good year’ to put them back on track.

"This should be one of the busiest times of year for us, but it’s absolutely dire. Retailers are looking ahead to summer bedding now, but we’ve got a lot of ivy, pansies and primroses unsold. I’ve already used double the amount of fuel I used last year to keep the glasshouse warm enough, which means my fuel bill is through the roof."

"The prospects for this season look like a continuation of the poor season last year. The poor weather means we’ve seen a huge drop in orders. I've got loads of unsold stock - violas, primroses and pansies and little hope of selling it as the retailers are all talking about summer bedding now, which is the earliest I can remember them doing this. We've tried to mitigate the poor weather to some extent by producing more 'ready to go' products in tubs and baskets. We're holding out for the weather to pick up in the next few weeks in the hope that we can still sell some more of these."

"Last year was tough so we were hoping for a good March, but this year is catastrophic. We’ve got 80 per cent of our spring bedding stock left. I’m expecting to have to throw over £100,000 of unsold stock into the skip. There are knock on impacts for employing local labour. I’ve got 20 fewer people on site than I would normally employ at this time of year because I’m not selling enough product. Everyone is fed-up – the growers, our customers and particularly the consumer who just wants to get out into their garden."

"We are having to burn more oil to keep the plants alive, which is making our costs of growing horrendous. It’s also stopping us from taking on more seasonal staff. The multiple retailers are cutting back their seasonal plant orders to reduce their exposure on such a weather dependent part of their business. In the meantime we’ve got plants backing up and are starting to run out of space. I’ve got two weeks’ worth of bedding plants unsold because sales are so poor."