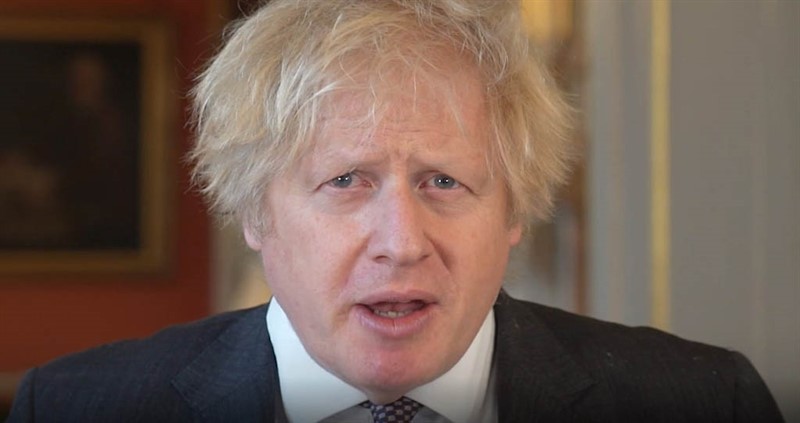 Boris Johnson has promised the country’s farmers that he will defend British food and farming standards in the UK's trade negotiations.

The prime minister made the commitment in a recorded message to the annual conference of the NFU, which was held online this year because of the pandemic.

“We won’t compromise on high environmental protection, animal welfare and food standards,” he said in his address today.

Farm leaders have repeatedly expressed fears that the government may be prepared to allow imports produced to lower standards in order to secure trade agreements with the likes of the US and Australia.

Ministers have repeatedly insisted that they would protect UK standards, although they refused to put such assurances into law in the agriculture bill.

“As we look ahead to the rest of the year, free from the shackles of the Common Agricultural Policy, I hope that this can be the moment when we start to realise the many opportunities we now have," Mr Johnson said.

"Not just for the benefit of our fantastic farmers but for our entire country, by making farming more profitable, more productive, more sustainable, more resilient.

"Protecting our glorious countryside, our wonderful natural environment, reducing carbon emissions, improving animal health, animal welfare. And bringing together the best of our farming traditions with potentially revolutionary technology such as gene editing.

“Of course, that goes alongside wanting people to buy more of our unparalleled British produce at home and proudly selling more around the world.”

He said he was delighted that British produce was back on shelves around the world - citing British beef in the United States, pork trotters in China and cheese in the Gulf.

“But I can assure you that we are pulling out all the stops while making clear that in all our trade negotiations we won’t compromise on high environmental protection, animal welfare and food standards,” he said.

His message was reiterated by Elizabeth Truss, who, as Secretary of State for International Trade is responsible for negotiating new trade deals.

The Secretary of State, herself a former Defra Secretary, told the conference she would not weaken standards in talks.

“What cannot be right is for our farmers to face unfair competition that underlies the high standards way that we produce food," she said.

"I want to be very clear. We are not going to lower our food standards in any trade deal we sign. I will never sign a deal that is bad for British farming.

“We have a range of tools, from tariffs to quotas to safeguards to make sure that farmers are protected from unfair competition and we have kept the agricultural industry close in our negotiating approach.”

Food and farming standards were mentioned by Sir Keir Starmer, who became the first leader of the Labour Party to address the NFU conference since 2008.

Labour voted in parliament to protect UK farming standards in law during the the passage of the government’s Agriculture Bill, but the attempt to do so was voted down by the government.

“We need high quality food at all price ranges. That’s what we’re aiming for - and food produced to our standards,” Sir Keir said.

“Not seeing high quality and standards as something to be bargained in a trade deal. It is why we did all that work in those amendments to make sure that high food standards were put into law.

"Yes, we want high quality at all price ranges, we need to look at the way supermarkets do their deals and keep pushing the government to make sure that... we don’t ever breach that principle because once it is breached I think it will be very, very hard to come back from it.

"I know the government says we are in broadly the same place but the big distinction was ‘Are you going to put it into law to make sure that this happens or just have it as a principle,’ which, I think, is not so strong.”

He said that if Labour were in government it would seek to encourage more people to buy more British food and look at whether more of the £2.4bn public spending on catering could be spent with British farmers.

“We must learn lessons and we must never go back to a time when we became complacent about our food, where we assumed all food is produced to the same standards of safety and quality around the world and where we just expected food to always be there, without investing in the industry and the people who produce it.”

A survey carried out last year showed that 86 per cent of British people believed Britain should grow more of its own food, she said.

“There is a real risk, a genuine risk that, without care, without attention, we let Britain’s food production slowly erode," Mrs Batters added.

"Which is why it is critical that government monitors our own food security – put simply, the amount of food we produce on our own farms. It was one of our key asks realised in the Agriculture Bill that food security must be reported on this year and every three years from now on."

In his speech to the conference, Defra Secretary George Eustice said food security had been improving since the country voted to leave the European Union.

“The UK’s self-sufficiency in food production, is increasing. It’s increased for the first time since 2014, as imports from the European Union start to fall and as our domestic production starts to increase,” he said.

And he said that, although farm gate prices in many sectors were strong, food prices for consumers were stable.

“In fact, the proportion of household income spent on food by the poorest 20% of households is now the lowest on record thanks to policies that have increased the national living wage to the lowest paid.”