PM pledges to rewild 30,000 football pitches worth of countryside 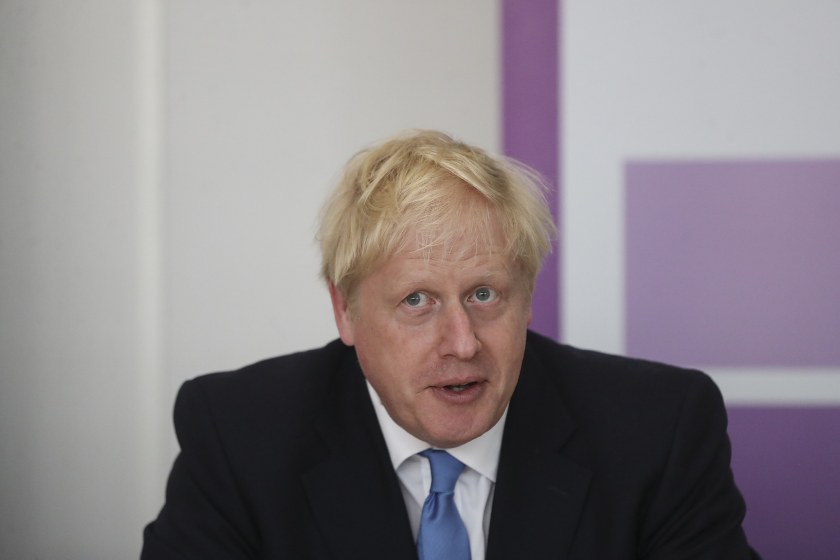 The government has committed to rewilding 30,000 football pitches' worth of countryside as a measure to put the UK on course for net zero by 2050.

The plan includes harnessing nature’s ability to absorb carbon by planting 30,000 hectares of trees a year by 2025.

A previously announced pledge to quadruple offshore wind power by 2030, to 40GW, enough to power every UK home, has also been announced.

And in 2021, £1bn in funds will be used to insulate homes and public buildings, using the existing green homes grant and public sector decarbonisation scheme.

Defra Secretary George Eustice said the government was committed to driving forward the plan to 'build back better and greener' after the pandemic.

"The Ten Point Plan provides a crucial vehicle to help us shape a cleaner and more resilient society," he added.

"Our Green Recovery Challenge Fund received an overwhelming response, and this additional funding will help support even more environmental projects to help tackle the nature and climate crisis."

Responding to the announcement, the NFU said planting trees to store carbon will play an important part in agriculture’s commitment to reach net zero by 2040.

But the union said farmers must be financially incentivised and rewarded fairly when taking part in the government's ambition.

NFU President Minette Batters said: “Farmers must decide voluntarily to engage in tree planting and be rewarded fairly for the long-term commitment they’re signing up to, and the public goods delivered.

"The government should also financially incentivise farmers for good management of existing woodland."

She added that a 'comprehensive approach' was needed to realise farmers' net zero ambition, including boosting productivity to bring down food emissions, as well as on-farm carbon storage in hedges, trees and soils, and deploying more renewable energy.

“We will examine the detail of the Prime Minister’s 10-point green recovery plan and look forward to working with government to achieve our net zero goal by 2040,” Mrs Batters said.

The Soil Association said the plan 'failed' to address how farmers should be producing food, as the industry was 'responsible for a large proportion of UK emissions'.

Gareth Morgan, head of farming at the environmental charity said: “We need system-wide change and food and farming must be a joined-up climate priority.

“It would be wrong for the plan to rely on unproven carbon capture which will drive the diversion of food into biofuels and yet again, we hear more tree planting targets of 30,000 ha of trees per year – are these trees actually being planted?

"Well thought out tree planting on farms can be a win-win for climate, nature and health and the Soil Association supports these ambitions."

The Food and Drink Federation (FDF) welcomed the 10-point plan, but called for more support to help firms with the transition.

“We have identified a clear pathway, but the changes required to manufacturing processes and energy supply systems are so significant, businesses will need clear direction and support in partnership with government."

Alongside the measures set out in the plan, the government said it will announce further detail of its post-Brexit farming and countryside programme later this month.