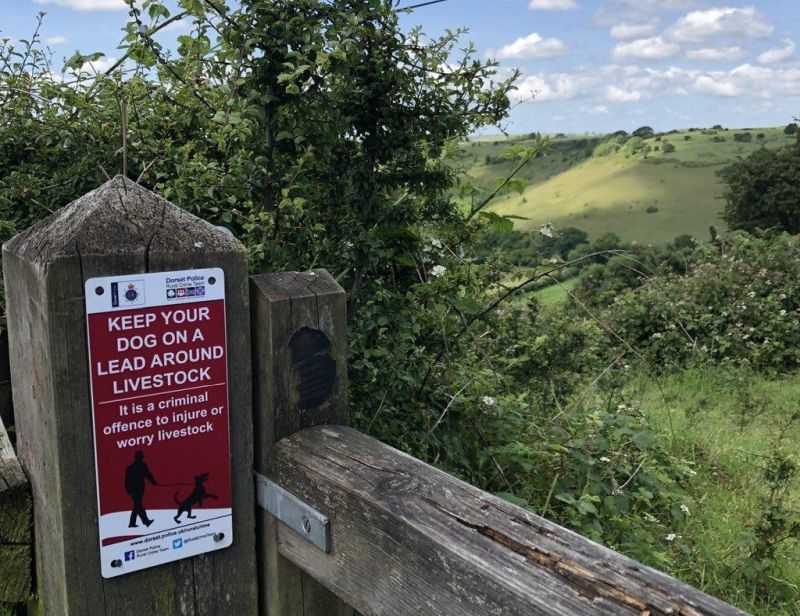 Police in Dorset have put up dozens of signs which warn the public of the damage a loose dog can do when out in the countryside.

The signs warn the public that dogs near farmland must always be on a lead and that sheep worrying is a punishable crime.

The penalty for livestock worrying can be six months' imprisonment and/or a fine of up to £1,000.

Police have erected signs in major dog walking routes in the Dorset countryside. More signs are due to be placed this week.

Officers from the Dorset Police Rural Crime Team also spoke to dog owners reminding them of their responsibilities.

The rural insurer estimates that the total cost of livestock worrying to the agricultural industry exceeded £1.2m in 2018.

It follows a Lancashire farmer recently warning to the public that any dogs off their leads in her fields will be shot.

The National Sheep Association recommends that farmers only shoot dogs as a 'last resort', as the legality of a shooting depends on whether a farmer had a lawful excuse for shooting the dog in that individual circumstance.