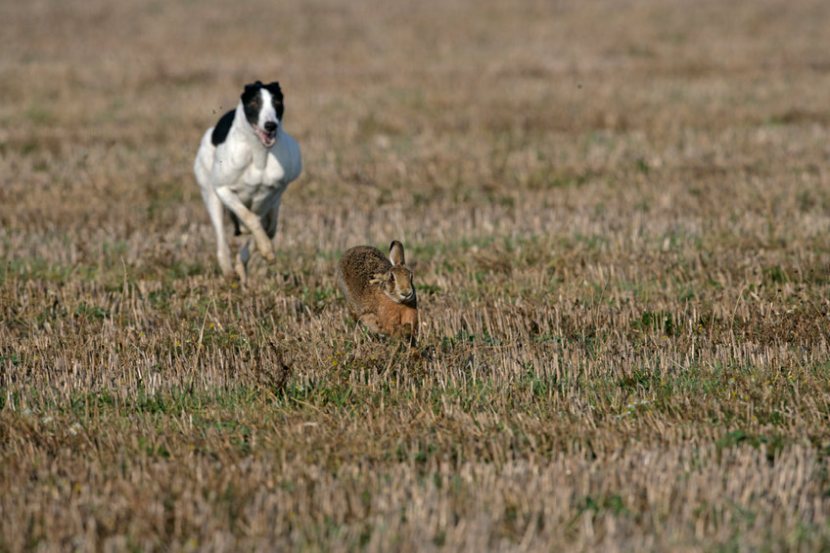 A bill targeting hare coursers has been strengthened after successful lobbying attempts, giving the police further powers to protect farmers and rural communities from criminal activity.

Changes to the Police, Crime, Sentencing and Courts Act, which has now been given Royal Assent, will help deter hare coursers by giving police the means to seize more dogs and by lifting the existing limit on fines.

Unauthorised encampments will become a criminal offence for those who do not leave when asked by the landowner or tenant, and offenders will be hit with strengthened penalties.

It follows lobbying attempts by the NFU, which pushed the government to further clamp down on hare coursing and illegal encampment, as both crimes cause 'significant damage' to farmland and wildlife.

The illegal blood sport is seen as a blight on rural communities and farmers' livelihoods, and is damaging to the conservation of one of Britain's iconic species.

It involves the pursuit of wild hares by trained greyhounds or lurchers across bare fields, often carried out by organised criminal gangs, with large sums of money gambled online.

The 'season' typically gets under way after harvest, when poachers take advantage of bare fields, which can cause thousands of pounds worth of damage to land and crops, and sees many farmers and landowners intimidated.

The union said it had identified the original bill as an appropriate piece of legislation for dealing with hare coursing and worked with the government to include major amendments.

“Hare coursing can cause significant damage to farmland, something farmers across the country experience all too often, with little repercussions for offenders," he said.

"Their behaviour can also be a source of great distress for farming families who feel vulnerable and threatened in their own homes.

“We know that both these crimes continue to take a toll on farming businesses, and we will continue to work with government and police to ensure these strengthened laws are utilised to deliver meaningful results – a decline in cases of rural crime.”

What are the changes?

Changes to hare coursing law within the Police, Crime, Sentencing and Courts Act include:

Changes to unauthorised encampment laws within the Act include:

• A person guilty will be liable on summary conviction to imprisonment for a term not exceeding three months or a fine not exceeding currently £2,500, or both