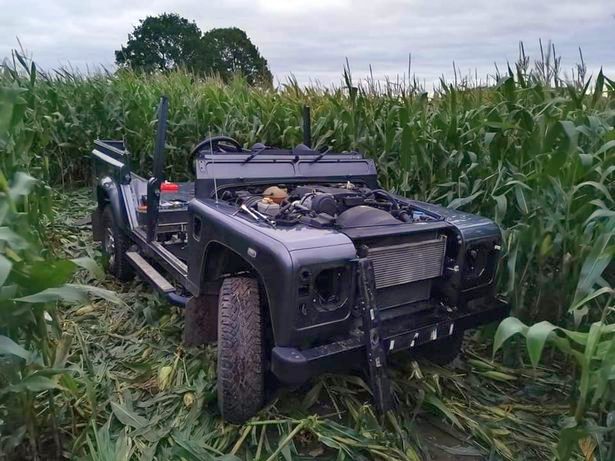 The stolen vehicle was in the process of being stripped of its parts, according to police (Photo: Warwickshire Police Operational Patrol Unit)

A stolen Land Rover Defender that was recovered on Warwickshire farmland was in 'the process of being stripped', police said.

The missing vehicle was found in a maize field near Warton on Tuesday 26 August.

“The vehicle was in the process of being stripped in the middle of a corn field.

"We have recovered the majority of the vehicle's parts, which were hidden within the field.

"Thankfully the suspects left behind their vehicle in their haste to get away," police said.

Anyone with information have been asked to notify Warwickshire Police on 101.

Information can also be passed on via the independent charity Crimestoppers, which is confidential and free to call from a landline on 0800 555 111.