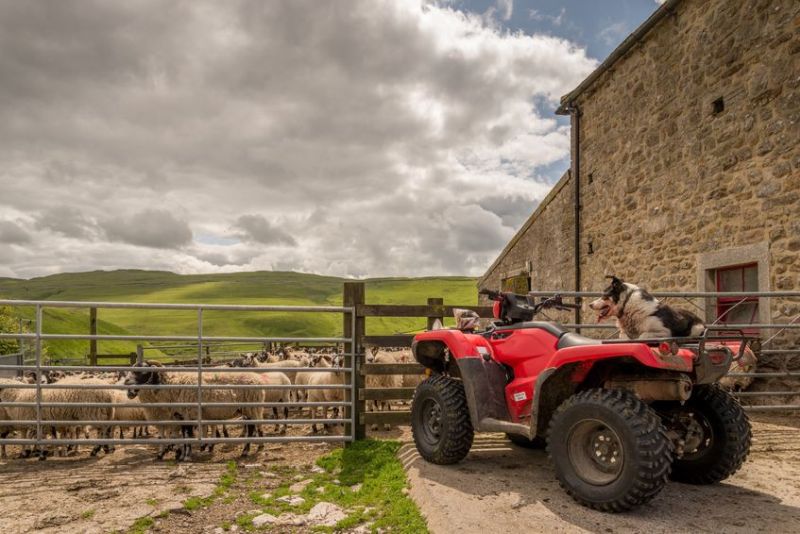 The issue of farm machinery theft has been brought to the fore after a farmer had his quad bike returned to him by the police on the same night it was stolen.

The force were alerted after an alarm sounded at the farm, located on College Lane, Ellisfield, Hampshire after midnight on Sunday 5 July.

The quad bike and an orange and white Stihl chainsaw were stolen from inside a garage, and driven away.

Hampshire Police said they attended 'within minutes' and tracked the stolen quad to the A339 in Herriard, where it had been abandoned by the suspects.

The quad was not legally able to be ridden on the road so an officer manoeuvred it back across fields to return it to its owner.

However, the chainsaw has not been recovered to date: "If you are offered tools in suspicious circumstances, please get in touch by calling 101 and quoting reference 44200245926.

"Were you in the vicinity of Ellisfield or Herriard in the early hours of Sunday? Did you see anything suspicious?" police asked.

"If you have any information or dash cam footage, please get in touch by calling 101 and quoting the above reference. Alternatively, you can call Crimestoppers anonymously on 0800 555 111."

The force has encouraged farmers and landowners to report all theft incidents as soon as possible.

"Keep high value items such as quad bikes, plant machinery or power tools secured and locked at all times or out of sight if possible," it added.

How can I better secure farm vehicles?

The police have given farmers and landowners tips on how to better secure farm machinery: