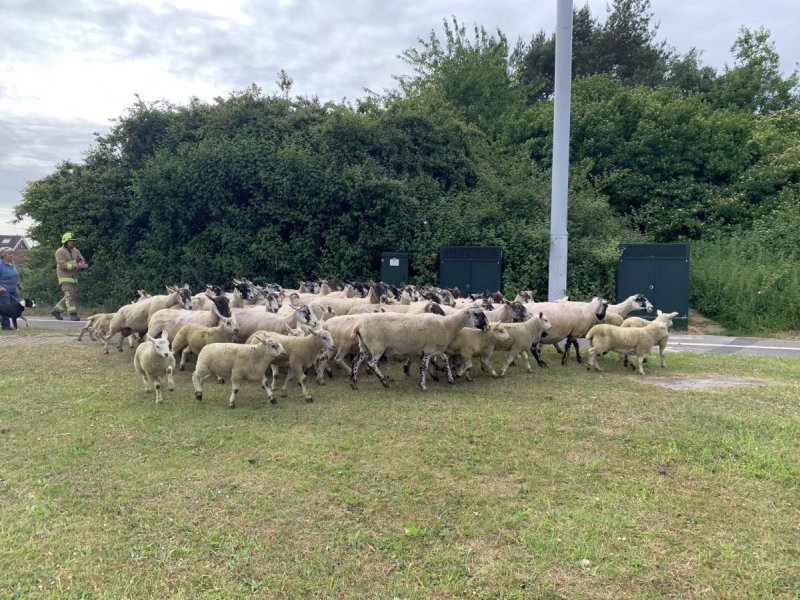 The road was partially closed for up to an hour to allow the sheep to be herded into a nearby field (Photo: Station manager Tony Walker/Twitter)

Police are searching for the car driver who was involved in a road incident that caused a trailer full of sheep to overturn and escape on the York ring road.

Witnesses are being asked to come forward following the collision, which happened at the A1237/Strensall road roundabout near York at 4.30pm on Wednesday 27 May.

The driver of a 'small red hatchback vehicle' did not remain at the scene of the crash, and is now being sought by North Yorkshire Police.

The road was partially closed for up to an hour to allow the sheep to be herded into a nearby field and to allow the tractor and trailer to be recovered.

Police explained that there were no reported injuries to the sheep or the driver of the tractor pulling the trailer. 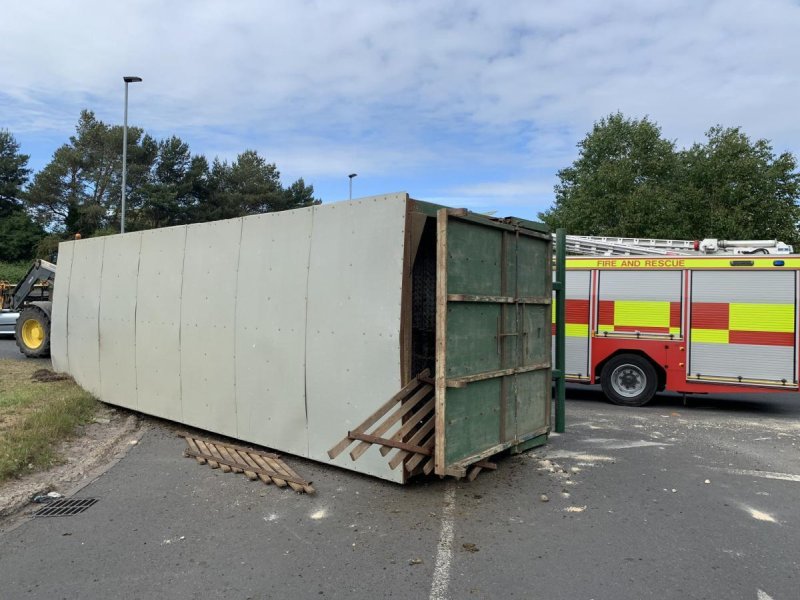 A North Yorkshire Police spokesperson said: "In particular, we are appealing for information about a small red hatchback vehicle which did not remain at the scene.

"It is believed the driver may hold essential information about the cause of the collision and police are looking to trace the driver."

The police are asking witnesses to call on 101, select option 2, and ask for Mike Rowan. Email Michael.Rowan465@northyorkshire.pnn.police.uk. Quote the reference number 12200088842.