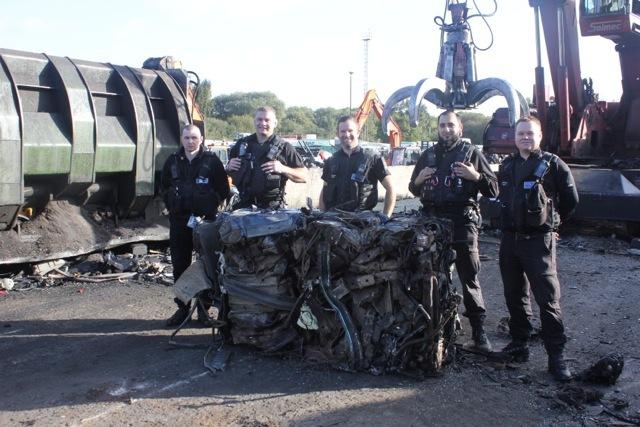 Police ordered a Land Rover Discovery to be crushed after its owner was found guilty of damaging farmland by driving on it.

North Yorkshire Police’s Rural Taskforce said that by releasing an image of the crushed Land Rover, it would send a "very clear" message that illegally driving on farmland is unacceptable.

The offender, 33-year-old Mark James Hughes from Horden, near Peterlee, was convicted of criminal damage after driving onto a farmer's field at Topcliffe, near Thirsk, last November. 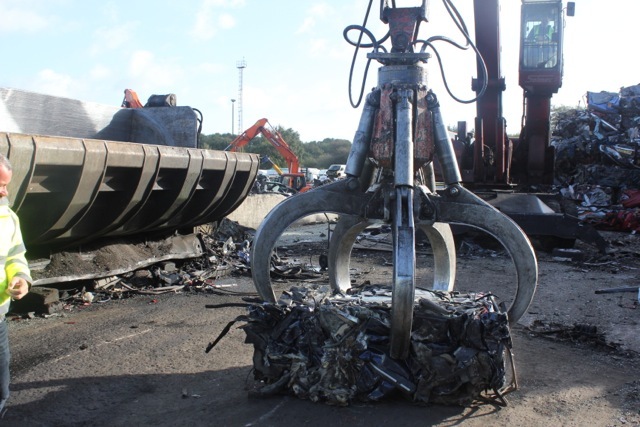 ... it is hoped the images send a clear message that it is unacceptable to drive on farmland

The Land Rover became stuck and buried into the mud to the depth of its axle. 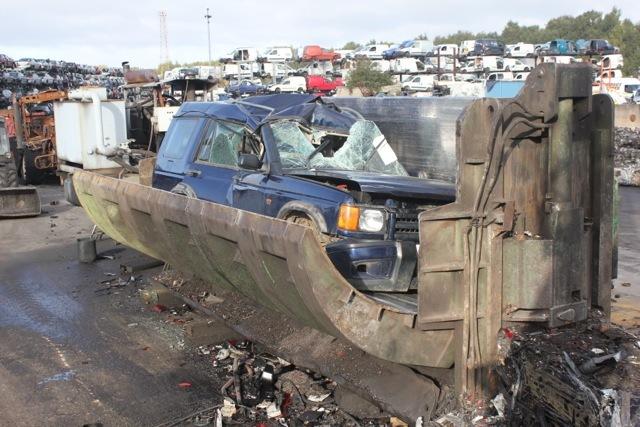 Mr Hughes was ordered to pay £1,000 compensation and disqualified for driving for six months

Mr Hughes was seen nearby, and subsequently interviewed by officers.

The farmland Mr Hughes damaged was due to be replanted, but the damage caused by his car made this impossible due to a risk of contaminants.

At Northallerton Magistrates Court on August 25, Hughes was ordered to pay £1,000 compensation and disqualified for driving for six months.

He also had his vehicle taken off him and now it has been crushed.

“I hope that the crushing of the vehicle, along with the compensation and driving ban sends a very clear message that this behaviour is absolutely unacceptable to North Yorkshire’s rural communities, and police will deal with such incidents robustly.”