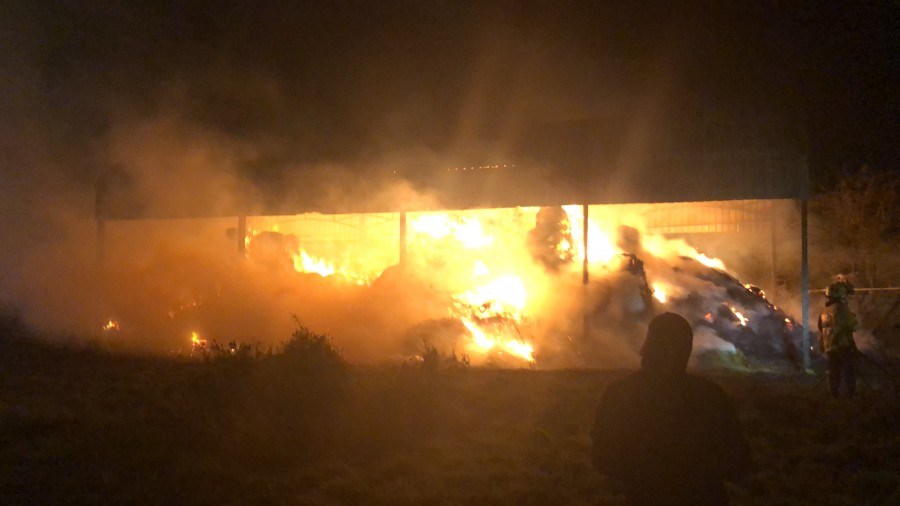 Police are treating yesterday's incident as a potential arson attack

Police have confirmed that they are treating yesterday's blaze near the Newark Cattle Market as a potential arson attack.

Emergency services were called to a barn near the A46 Cattle Market island at Newark on Thursday (10 October), just before 7.20pm.

Almost £2,500 worth of hay had been set alight, Nottinghamshire Police confirmed.

The blaze has caused damage to a farm building, although no injuries have been reported following the incident.

Detective Inspector Claire Gould, who is overseeing the initial investigation, said: “The fire may have been started deliberately, which is something we take very seriously and will be something that we thoroughly investigate.

“While our enquiries remain at a very early stage, I would like to take this opportunity to make an early appeal to anyone who has any information about this incident or believes they know or have captured those responsible leaving the area on dashcam footage.”

Anyone with any information about the incident or those responsible is asked to call Nottinghamshire Police on 101, quoting incident 845 of 10 October.

Whilst arson attacks on farms and small holdings may be difficult to eliminate, the police has provided number of simple precautions can substantially reduce the risk.

A simple quick survey around the farm will identify areas where an arsonist could strike.

Your survey may reveal the need to:

• Prepare a fire routine and action plan, make sure all farm workers know what to do.

Reduce the risk of fire

To help reduce the risk of fire, hay and straw should be stored

• Separate from other buildings, particularly those housing fuel, agrochemicals and machinery.

• In stacks of reasonable size, spaced at least 10 metres apart.

• Petrol, diesel and other fuels should be stored in secure areas, storage tank outlets should be padlocked.

• Fertilizers and pesticides should be kept under lock and key.

• Refuse should be disposed of safely and on a regular basis.