Police warn man after he shops with tractor left running 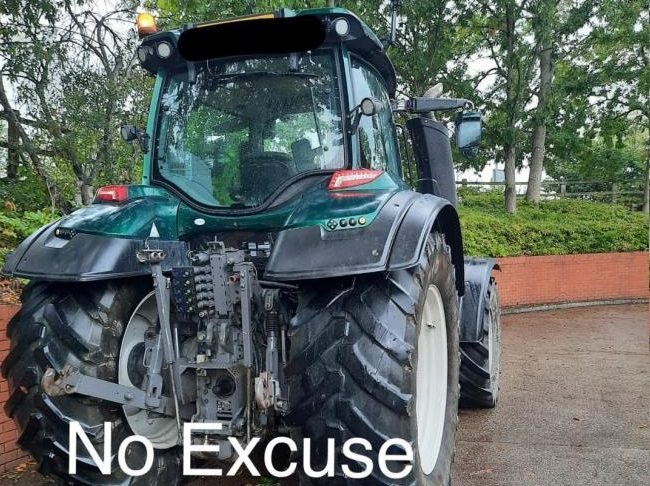 The man left a valuable tractor running while he did the supermarket shop (Photo: Dorset Police No Excuse/Facebook)

A tractor driver received a surprise chat from the police after he left his £110,000 tractor running while he visited the supermarket.

The man had visited Tesco in Blandford Forum, Dorset while he left his tractor parked up near the entrance.

Dorset Police found the valuable tractor with its engine still running, and no one with it.

A spokesperson from the force's road safety team 'No Excuse' said there was 'absolutely no reason' to leave the engine running.

"We soon located the driver leaving Tesco with a meal deal," the spokesperson added.

"Quitting is a fine-able offence, we would like to raise awareness to the risks of doing this. To prevent thefts, accidents and injuries.

"Imagine if someone had taken it, the damage they could have done and the risks to everyone isn't worth thinking about.

"The driver was out of sight of the tractor, which was running for several minutes."

While the driver was not given a fixed penalty, the risks were pointed out to him by the team.

"When he returned, we pointed out the risks to him, he now fully understands the consequences so under the circumstances he was given words of advice."