Popular BBC Two series This Farming Life back on screens 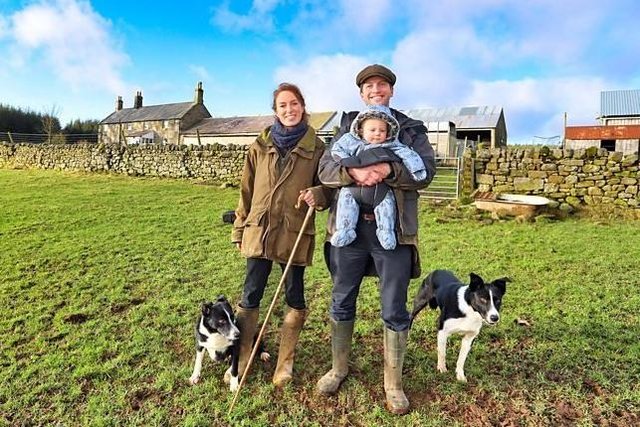 Familiar faces Emma and Ewan return as they embark on the first year at their brand new farm (Photo: BBC)

The popular BBC Two series This Farming Life is back for a fifth series, with the first episode set to be aired on screens next week.

The hit documentary series follows six farming families in some of Scotland’s most stunning and remote locations.

Filmed across a year, the series begins in early spring as the farmers gear up for lambing, their busiest weeks of the year.

It stars a young Orcadian farmer keen to run his own farm, as well as familiar faces Emma and Ewan as they embark on the first year at their brand new farm on the isle of Bute.

Each episode follows the highs and lows of the families as they strive to diversify their businesses, raise strong stock and safeguard their farms post-Brexit and the pandemic.

In episode one, Northumberland farmers Emma and Ewan are rounding up their cattle and sheep as they prepare to move from Emma’s home for the last ten years to a farm seven times the size, on the Isle of Bute just off Scotland’s west coast.

The move means taking on huge financial risk, and when they finally arrive on Bute, the scale of the challenge that lies ahead begins to sink in.

Meanwhile, on the outskirts of Stranraer, dairy farmer Andy Love is preparing to hand over the reins of his business to his daughter, Kayleigh.

With Andy’s blessing, she plans to maximise the dairy’s earning potential by bringing a large part of the business in house – pasteurising and bottling their own milk.

It’s a risky new venture, at a time when she’s also facing huge challenges at home. Husband Rab is undergoing chemo for bowel cancer, and the couple also run an Italian restaurant which has been hit hard by Covid restrictions.

In Loch Ness, cousins Donald Fraser and David Girvan are preparing for the busy spring season ahead. Donald’s partner Joanna is new to farming.

This year she’s keen to get as hands on as possible and push on with ambitious plans to set up a farm shop.

The first episode of the fifth series of This Farming Life is set to be aired on Tuesday 23 November at 8pm.