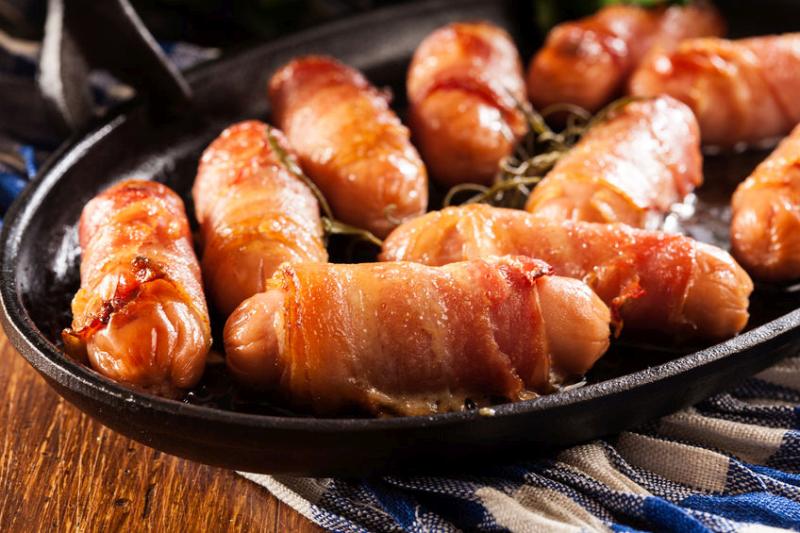 The labour shortage crisis currently impacting the UK pork sector could lead to a shortage of traditional Christmas favourites like pigs-in-blankets.

Numerous industry bodies have highlighted how it has become harder to attract and retain EU migrant labour since the 2016 Brexit referendum.

Over half (55%) of the pig businesses surveyed last year employed non-UK workers, with European nationals accounting for 94% of all migrant labour.

In an interview with the BBC earlier this week, the British Meat Processors Association (BMPA) said the fall in the value of the pound has reduced wages relative to what workers can earn in other EU member states.

Its chief executive Nick Allen said: “Ever since Brexit happened, it's become hard to hold on to European labour.”

He said human input is needed to wrap cocktail sausages in bacon as it is 'fiddly and hard to mechanise'.

The National Pig Association (NPA) is one group which has called on the government to ensure its post-Brexit immigration policies retain access to permanent EU labour for the pig sector.

NPA senior policy adviser Ed Barker said: “One of the greatest barriers to the growth of the UK pig sector is in finding sufficient staff who are available and willing to work in our abattoirs and on our farms.

“Pigs are reared continuously, all year round, not seasonally. The majority of roles in abattoirs or on farms is usually permanent, meaning that individuals have to think seriously about their employment future and opportunities for their family, as opposed to seasonal labour which provides greater flexibility.

“The pig sector relies heavily on permanent labour from the EU. The availability of workers from these countries has slowly worsened over the past three years, as a direct result of the fall in the value of Sterling against the Euro, making their cost of living much higher.”

“With pig farmers and processors facing regular staff shortages, there are concerns that orders will struggle to be met for the Christmas period – one of the busiest times for the UK pig sector,” he added.